Today, I'm a sofa ref part-time designer. Watching the footballs and designing some promo for our latest release. I'm also wearing my brand new Panda Bear slippers, yep, it's not stop rick n roll in the land of Leg Puppy!

My songs come from all sorts of avenues, dreams, nightmares, past life regression, funny stories, rants, and experiences. My girlfriend talks in her sleep, she recently invented a character called Johnny Pigman, who is an assassin. It's become a great live track, it's got a brilliant Frankie Teardrop/Ghost Rider vibe.

Tell us a bit about your gear (synth/software).

Novation Circuit, Korg Monologue, Novation Launchpad for samples. I am lucky to work with an exceptional producer (Exire). I send him rough ideas and he turns them into masterpieces (in my eyes anyway).

Is pop music coming back in your opinion?

It never really went away did it? I don't really pay much attention to Pop. It's not really my bag. I tried really hard to avoid the new Adele album, but unfortunately it proved very difficult. She's very talented but her songs are so bland, but it doesn't really matter, millions of people like her, so well done to her.

Music venues are closing left right and center. People of a certain age don't go to gigs, they are too busy taking selfies against pink walls. I guess artists will need to adapt to create a more immersive live experience. 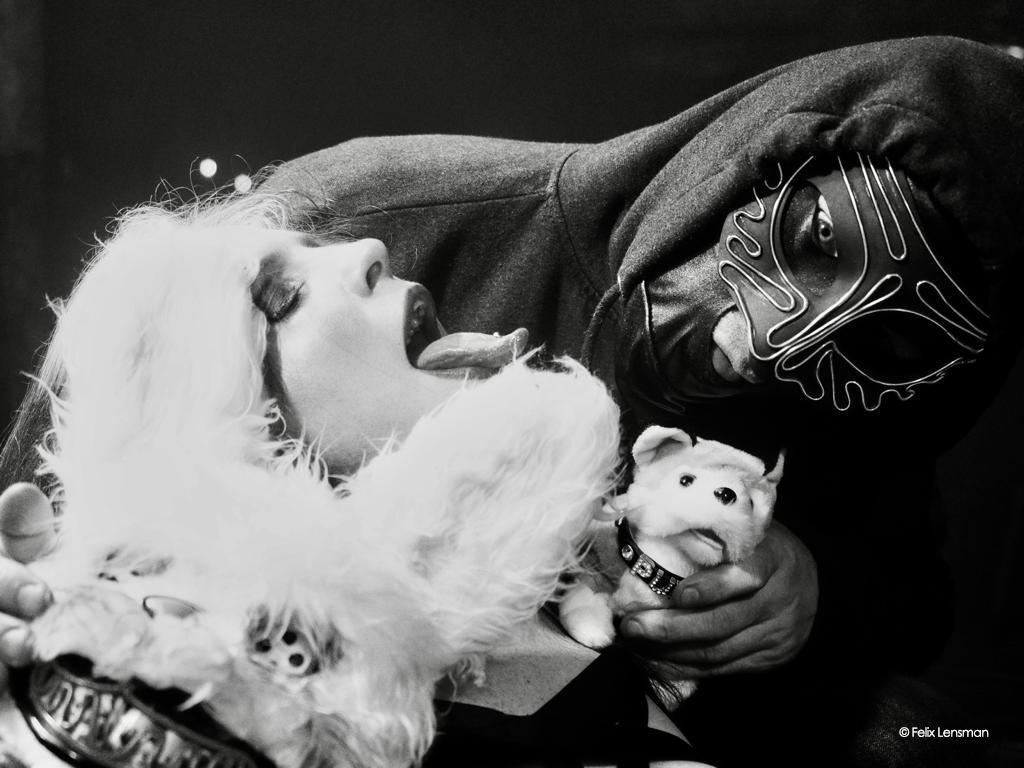 To quote a famous music movie, 'Have a good time, all the time'. Plus we have quite good social media content.

What is your opinion about music awards in general? In what way has a did musician reach the top in your opinion?

Music awards are basically one big massive con. Sponsored by Record Companies who pay shit loads to get their artists nominated. I mean Coldplay was nominated as the best alternative at the Brits. That tells you all you need to know.

For us, I'd love us to support the Sleaford Mods, not bothered about the size of venue, that to me, would mean we had reached the top.

Getting your music heard in a sea of bland, safe, cliched and mundane.

I once threw a packet of crisps out of a hotel window. When you're the biggest band in the world called Leg Puppy you have a reputation to uphold.

We've collaborated with Gnoomes from the Rocket Recordings label for our album XMIRE. 8 brilliant electro psychedelic remixes. We are a very hard-working band, 6 albums since 2018. Album 7 is also finished and readyfor release later this year.