*This interview was answered by guitarist/vocalist Bailey Gavin and Bass player Jack Sgro as drummer John Mileto unfortunately could not be present.

Bailey: The Band currently resides in Camden, Sydney, Australia. Unfortunately, a majority of our country is in lockdown so we have not been able to play any shows or see our Drummer John Mileto for quite some time, fortunately, Jack & Myself live together and have done so for nearly 2 years allowing us to continue writing and producing. Our Debut EP titled “Apple from the Devil” which was released early last year can be found on Spotify and Apple Music along with the Youtube release of our Music Video titled “Erratic (Official Video). Other than that you can find us on Instagram, Facebook and Soundcloud.

Jack: typically when it comes to songwriting I and Bailey like to have a general idea of what we want to go for and we just riff off each other until we reach the end result. Usually, i'll just mess around With the instruments and be like “Oi Bailey what do you think?” And he’ll either tell me if he likes it or suggests a different direction for me to dabble in. It’s fairly cooperative most of the time. I tend to make a number of different versions of one thing then we pick out our favorite and see where the road takes us.

Bailey: Ummm basically I’d say my roots kind of stem from a lot of band/guitar-orientated music. I started off listening to a lot of pop-punk (Blink 182, Greenday, Sum 41, All time low) in my adolescence but eventually progressed more into bands like The Strokes, Arctic Monkeys, Nirvana, The Cure, The Doors and so on. As mentioned bands represent the route of my music taste but my interests have also broadened to genres like Hip Hop with artists such as Post Malone, J Cole and NF and EDM with Avicci in particular.

Jack: Very cool Bailey. As for myself, I grew up more like a rock and roll kid, I was super into kick-ass metal bands like Iron Maiden, Metallica, sabbath all those guys. Then as I got older I digressed into classic rock bands like Led Zepellin, Jimi Hendrix, Rolling Stones, The Doors and whatnot. It wasn’t until I met this guy (*nudges baileys shoulder) that I started too broaden my horizons listening to legends like the Arctic Monkeys, the strokes he even got me into some rap music and honestly that’s never something I thought would happen haha!

Bailey: In the early days (Apple from the Devil) we exclusively stuck to the basic Guitar, Bass, Drums and Vocal approach. But as we’ve grown up and our music taste has matured we don’t exactly have a specific instrument that we use. Bass, Vocals and drums seem to have the most “screen time" but we don’t limit ourselves. 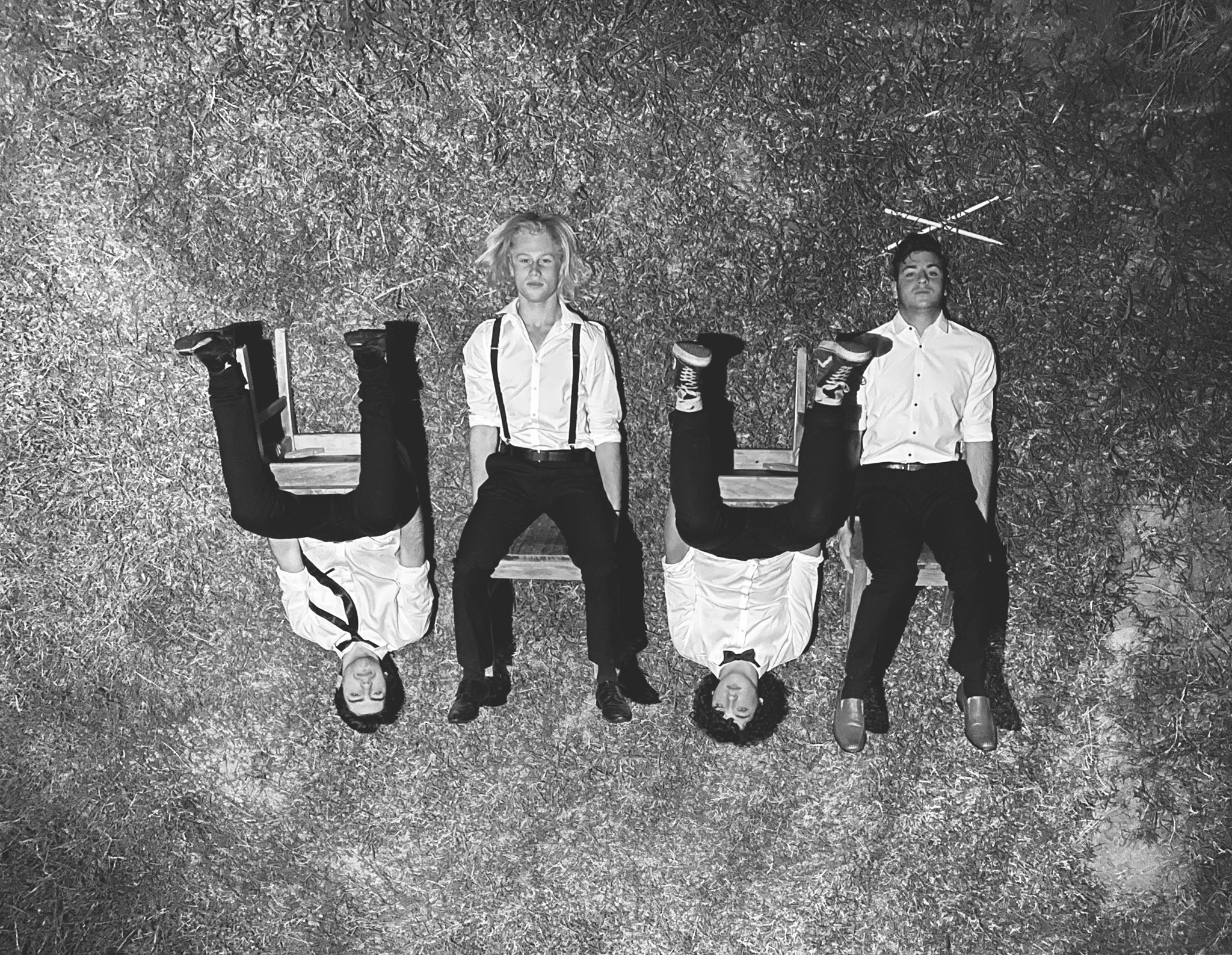 Bailey: There has been quite a few “significant events” (on a small scale admittedly). Releasing our Debut EP would definitely have to be one of them, but so much has changed since then in terms of creative outlook, line up, etc. That it almost feels like a completely different band. I think one of our last couple of gigs (before the recent Lockdown) for me at least would be one of the biggest. To our surprise we actually had a following of unknown people turn up and know the words to our tunes.

Jack: well actually I got a pretty good one that’s fairly recent. A few months back we played our first gig with the new lineup for Avenyou and had some red hot songs fresh of the grill we were ready to show off. We were ready to… “tear it up” as they say. But that did not happen as such. The second song in baileys guitar amp started screaming and not working. Then the moron decides he wants to get his suspenders caught under his foot later on and almost fell. I thought I was sick and tried to do this sick jump but kicked over half of the stage - let's say it was a bit messy. We were well humbled after that trust me *laughs in a humbled manner

Both: To summarise we think the biggest difficulty would have been the creative differences we experienced with past members before their exit from the band. Both of us have always had a similar understanding of what it is we do and it wasn’t until the change in the lineup that we fully realized this, as there were no longer different opinions hindering the creative direction.

Jack: Honestly man, that’s a really hard one to answer. And I say that because music is always changing… every couple of years someone will come out with a song that makes everyone lose their minds then next thing you know there’s a hundred other musicians trying to recreate the same thing. Or we just copy the same sound for a solid ten years and then we start to shift in a new direction. It's honestly a magical thing and there is no clear answer I think. (*drops mic)

Bailey: I don’t actually really have a gripe (*puts on fedora) You hear a lot of complaints (especially from older generations) banging on about how different the music industry has become since their day and age. The truth is iand Jack don’t exactly understand it but we also haven’t known any different. In terms of consuming music though I actually welcome the direction, it is in.

Jack: If I’m going to put it plain and simple what sets us apart is the fact that we don’t try to sound like every other semi successful band in the Aussie indie scene. We have worked so hard to try and harness our own sound because being original is very important to us. It’s about attention to detail, Opening new doors and discovering something new. That's the beauty of writing music. We may have missed the mark a little in our first release but our super-secret plans for the future will hopefully demonstrate otherwise.