We currently have one album released on streaming services and are already working on the next one! We’ve got a couple of nice shows lined up and so we have been putting together setlists and are sharpening our skills as a band.

Before full lyrics and instrumentals, we usually focus on writing fun melodies. Then after we land on something solid, we build the song around that. It seems to have worked so far and is a tried and true way of creating catchy vocals.

After hearing our original music, most would say we evoke groups like The Beatles, The Beach Boys, The Byrds, and The Monkees. That is an astute observation because we adore those groups. We also have a background and love for lots of old punk, garage, grunge, psychedelic, country, and even bluegrass music. Though we appreciate aggressive music, we tend to highlight a more cheery side of our influences in our sound.

We use traditional rock n’ roll instruments, but we love using old gear and record with a cool assortment of tape decks and the like.  Our lead guitarist even uses a 12-string! Analog recording is a passion of our drummer.

It’s been difficult finding shows due to the ongoing pandemic, but when we released our debut album in late June this year our listeners were really supportive, and have come to see us when we had chances to play. Being able to even affect someone with your music is always very special. 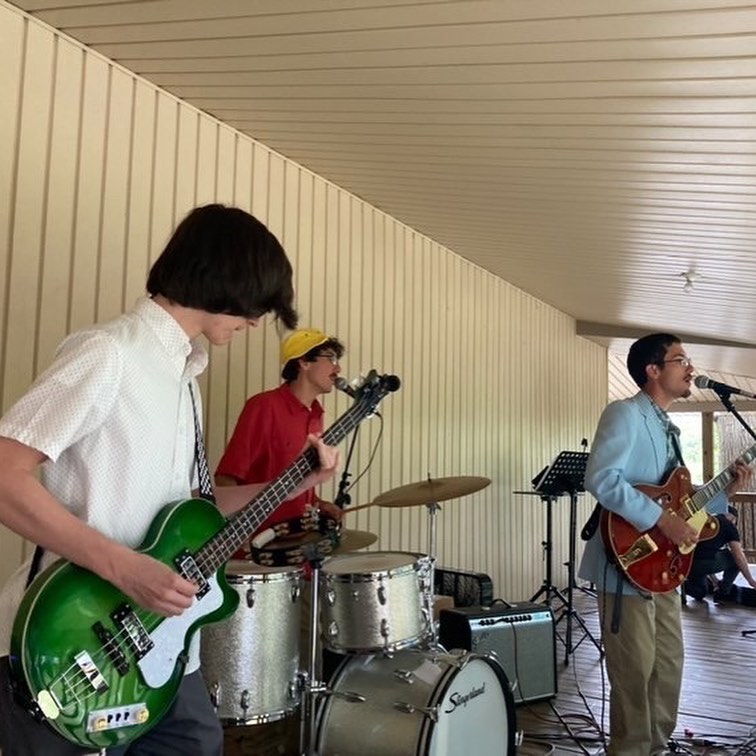 We had a small number of demo CDs we made to give to friends and family when we finished the album, but we had some left in our car when we were driving to get some food. We decided to pull into the drive-thru of the Taco Bell close by, and we ended up giving a CD to the lady working the window. We don’t know if she ever listened to it, but we like to think it’s still on repeat inside.

Because we were having trouble finding a sound that was fun for us and an audience, we ended up writing songs with our Grandmas in mind. Thinking about what music an older generation also enjoyed as much as us, we became a 60s rock group, and no one has had anything negative to say about our music so far. We love to see old folks and young punks coming to our shows.

With streaming, it seems like we can just hear what we want now. It sounds nice, but we find that it ends up hurting artists in general. In a playlist-oriented world, it’s all too easy to just listen to similar-sounding music. Genres seem to be swallowing each other whole and everything popular is becoming the same. It’s unfortunate that even the few popular artists making cool music aren’t getting the attention they deserve in the mainstream.

That everyone strives for an “industry standard” when music is art and should not have a medium to be measured by. Recording, style, and output are far too monotonous at this point, and even interesting modern music feels less creative in approach and sound than artists of the past.

Our recording process and musical approach feel very different from our peers and the mainstream. We emphasize doing everything ourselves. Writing, recording, mixing, and mastering are all undertaken by the band. That is becoming more popular now, but you still don’t see many going against the use the digital recording. We don’t dismiss it altogether, but we prefer to experiment with other ways of recording.

We’ll continue working on the upcoming album, getting more shows, and growing closer as a band.

We’re looking to expand our sound by trying out new genres and styles. So far this next album has touches of folk, country, surf, baroque pop, jangle pop, and 80s rock that wasn’t as present in our music before. We are really excited about this new batch of songs, so please follow us that way you’ll be ready for future releases!