Rock'n'Roll Sotilas (Rock'n'Roll Soldier)
This is a perfect opener for the album. It tells a story about a rock'n'roll soldier from the future who rocks just so much. Guitar solos are pretty much perfect and while the track proceeds like a train with a simple riff. The lyrics are quite fun. Overall one of the best tracks on the album.

Valonnopeudella (With the Speed of Light)
This track puts a new shift with a slightly faster tempo. There are many great small details and moments in the song. The synthesizer is brilliant with a bit of chaos and craziness. Even though this is a guitar song, it's great that the synth is actually playing a big part in the track.

Tiikerirock (Tiger Rock)
It's 80's time!!! The whole album really bows towards 80's rock, but this is probably one of the most 80's tracks. Catchy melody with guitar leads, strong bass and of course not forgetting guitar solos. Not the best track of the album, but not the worst. It feels like it lacks a part.

Teiniunelma (Teenage Dream)
Time to slow down. The album is packed with energy, but still, this slower song really has a place in the album. I really like the small guitar hooks at the end of the choruses. The female backup vocals are also suiting the track. This reminds me of some slow summer jams by The Hellacopters. Clearly the longest track of the album with an outro including guitar solo (no surprise) and great strings.

Vaarallinen bändi (Dangerous Band)
The first single of the album and that's not a surprise. It's one of the fastest but also one of the catchiest tracks. All instruments really shine on the track. I really recommend concentrating on the bass also. It's slightly mixed behind every other instrument, but it has a lot of great hooks, riffs and tricks! Probably one of the most listened to tracks this year for me.

Kyberseksii (Cyber Sex)
Shortest track. I don't exactly what it is, but for some reason, this track does not work so well. Maybe it is the length or something. It feels like all the different parts are just super fast and there's still many intros, two short verses, short and long chorus and guitar solo. Also, the main riff is slightly boring compared to other tracks.

Mikset sä huomaa mua (Why Don't You Notice Me)
This goes to the same category with 'Teiniunelma' being slower and slightly easier to approach. This would be a perfect ending track with the whisper in the end. Again the track is full of great guitar hooks and leads while all the other instruments sound also very good.

Unissapuhuja (Sleep talker)
To be honest, I don't understand this track. Maybe it is something personal for the band, but as an individual track, this sounds almost like it has taken from another project. The vocals are also slightly annoying. Not my favorite piece of music.

General
The first thing to mention with this album is definitely all the guitar solos. This album is almost like a tribute to all the great guitar music ever done. All tracks really lean on guitar and pretty much all have a guitar solo or two. The overall production including music videos, promo pictures and pretty much everything is tilted towards certain lofi production. From time to time, that kind of production feels a bit too underground fashionable and cool for me but with this album, it works pretty well. Personally, I would still prefer a soundwise kind of bigger production. Anyways some of the tracks on the album are really some of the best rock music released this year. With few small changes, this could be one of the best albums this year for me. But if I think this not personally, the album is well made in its genre, it's also fun. Don't take music too seriously. 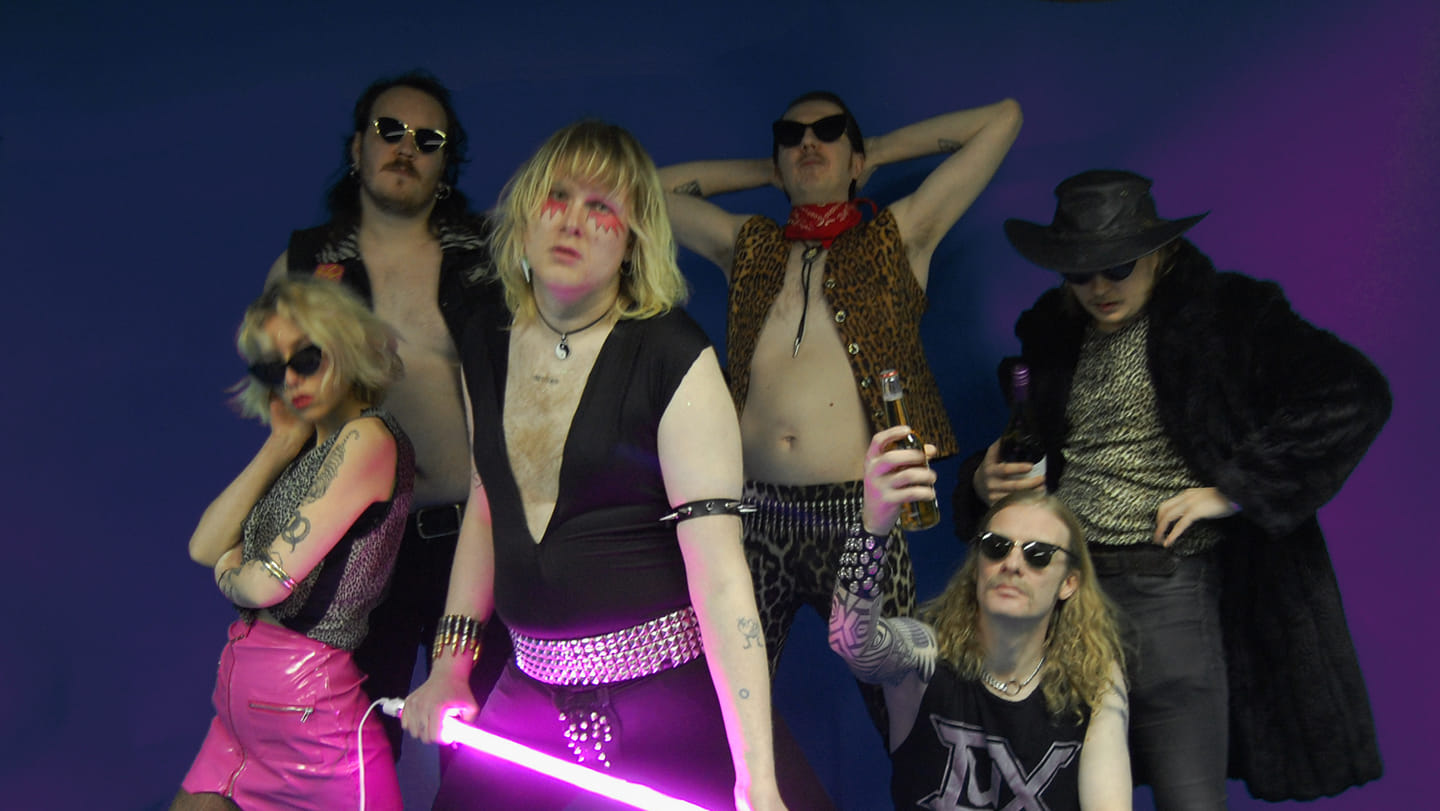