'Babel' is a duo by two experienced Finnish artists, 'Mikko Pykäri', who has worked for example in 'Regina' and with his solo 'Pykäri' and 'Karin Mäkiranta' who is known from 'Karina'. The duo has been releasing singles and EPs since 2020 which have been very promising. Finally, the debut album is out and I have to say that it over exceed the expectations. It's beautiful, at times haunting but same time comforting. The clear, pearly voice of 'Karin' on top of varied arrangements are brilliant combo. Let's dig deeper into the tracks!

'Eden'
The opening track has a hopeful feeling with high vocals, hypnotizing beat reminding of the electro scene from the '90s combined with beautiful vocals both on the instruments and vocals. The synths have a nice vintage feeling in the softer part in the middle of the track while the rest of the track has a pretty chill feeling. Same time the track has a melancholic but optimistic feeling. Definitely one of my favourite tracks of the album.

'Honeyspell'
The vocals at the beginning are so nice with a high pitch and fragile touch. The flute in the background brings a very soft East Asian feeling to the track. The whole track creates a very soft atmosphere that feels like being on the edge where any small detail could destroy it. Luckily all the elements are in place and nothing can destroy the vibe.

'Breathe'
Wow! This has to be one of the best tracks of 2022. The whole world built around the hypnotizing deep bass and beautiful voice of 'Karina' is taking anyone away where ever you are. The whole track builds an amazing atmosphere and it's the moment where the beat starts after the nice drum detail where anyone will be sold. The rest of the track is just pure gold. Just can't get enough of 'Breathe'.

'Morby'
The song starts with an interesting guitar loop again reminding very distantly from East Asian soundscape. The moment where the guitars and vocals blend with each other is interesting and pretty mesmerizing. 'Morby' is probably one of the most artsy tracks and needs multiple repeats to really understand it.

'Promise'
The '90s feeling is back with the tight beat and simple guitar loop! One of the longest tracks but still one of the easiest to approach. 'Promise' is a nice track, but not the most special one. It's one of those tracks that you can listen to, you don't need to stress about anything and it does not irritate you in any way. The C-part reminds somehow from 'Moby'. The ending with strange jungle sounds is the most interesting part of the track. 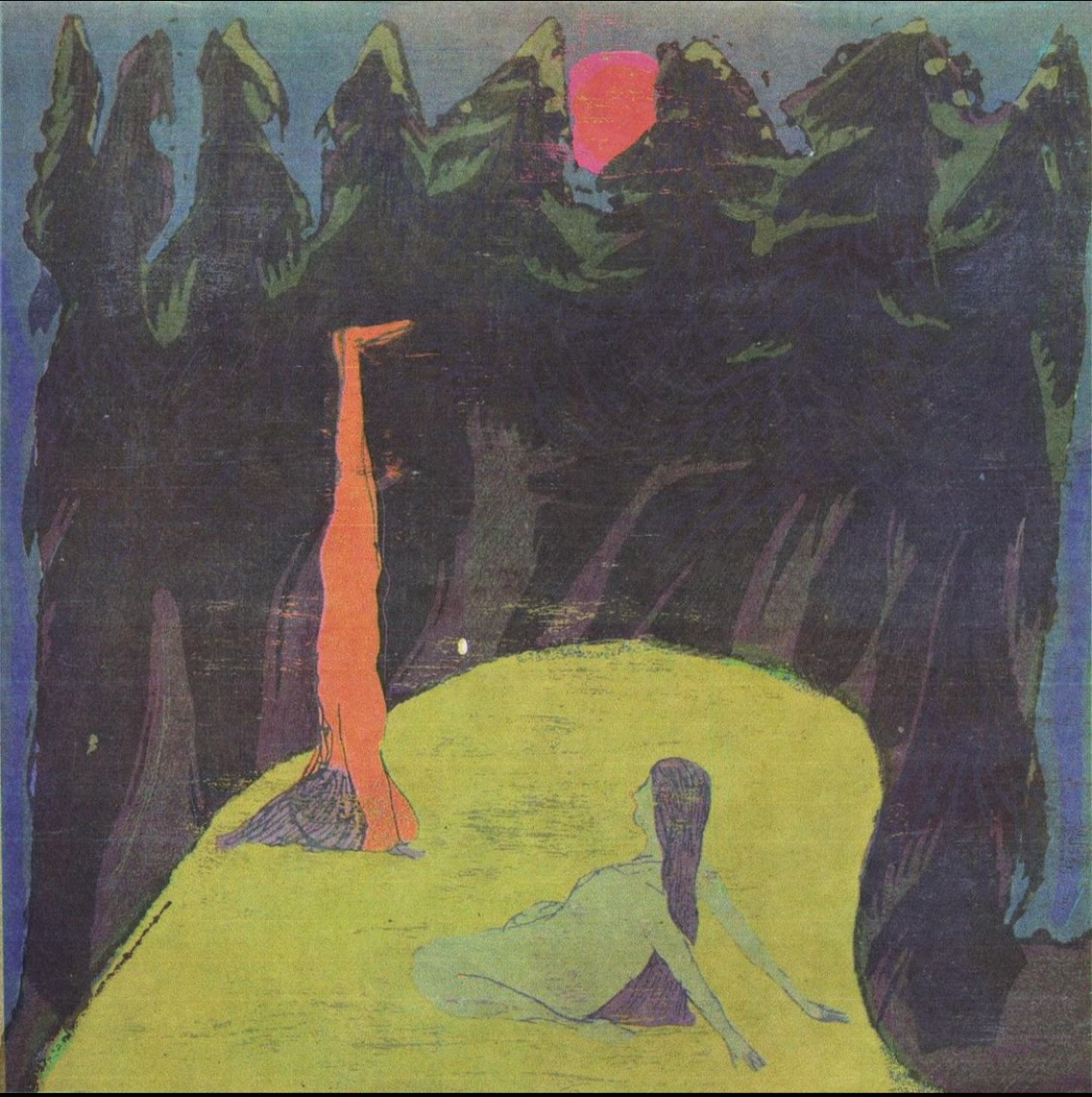 'Teeth'
The acoustic guitar on top of the atmospheric loop and again beautiful vocals builds a nice beginning for the track that is again melancholic but hopeful. There are some weird details on the vocal melodies but this is just a good thing. It makes the whole track interesting and invites the listener to come back repeat after another.

'The Only Thing'
This is probably one of the most danceable tracks. It has a cool French vibe for some reason. The beat is super groovy with the slightly distorted bass sound. The dynamics between chorus and verse are nicely created with small elements and minimal details. This track could be going much longer in my opinion with the nice high vocals, in the end, it sounds just so appealing.

'Futile Words'
The positive dance vibe continues with 'Futile Words' bringing the summer feeling to the listener. This is also one of the most ordinary tracks with clear melodies, easy beat and structure. It really brings the sun, warmth and taste of nordic lakes to your mouth. In the end, it's a pretty repetitive track, but it does not matter since it's so nice as a whole.

'Flowers'
If the two previous tracks were some of the most danceable and easiest to approach, 'Flowers' is something very different. It is a very minimalistic track where the vocals carry the whole track. The bass sound is slightly weird but same time fresh. The slow construction of the track is done well with multiple small details and different parts of the track. This reminds a bit of another great Finnish artist 'The Hearing'.

'Fake Tears'
Another simple masterpiece. Definitely one of my favourite tracks with all the simplicity but amazing atmosphere. Listening to this makes you miss something you are not aware of, thinking of the future and past at the same time. The moment where there's only the guitar and vocals is so sorrowful that you will find yourself in tears, but soon there is more light which makes you feel just so good and safe. The choir effect on the vocals is pretty cool. Again one of the best songs of this year, it will definitely be!

'Leo'
The last track is slightly different being less electronic with the acoustic guitars and simple vocal melodies. The beginning could be from some old pop songs but the deep bass brings it back to 2022. The harmonica builds even stronger feeling of the old times and that's the interesting thing about the track. It balances nicely with timeless feelings and fresh vibes. Prefect track to finish the album!