It's always very tricky to decide the top albums for the lists, but this year it was surprisingly easy. There were a couple of others albums that were really close to getting to the list, but in the end, it was clear that these 9 albums earned the spot. For me, personally great albums are most of the time not only a collection of singles but something bigger. Most of the albums in the list include this view. Of course, there are always exceptions, and I love also albums that are just genuinely full of great tracks and music even if they are more of individuals than building something bigger. Let's see which of these albums can hold their place on the list until the end of the year!
As something special I asked Miika Luoma my friend and drummer for Raidat and Mantaray as well as a touring drummer of Callisto to give few thoughts about all of these brilliant albums.

"I’ve been following Rhye since their first album, and because their sound is so distinctive, it was hard to imagine how it could be renewed. But now that the latest album came, it feels fresh and natural, even though it’s still clearly Rhye. Nicely different, somehow more positive and refreshing. I really like it!"
M.L.

For the friends of: Jungle, The Avalanches and Louie Blue
Genre: house, nu-disco
Country: UK
Favorite track(s): 'Time', 'Feed The Fire' and 'Impact'
Emoji: 🍾
Random words: new years
Further: I have not been listening to this album so much since the review. Now when I went through my recommendations I remembered how brilliant dance music this album is made of. The album is full of bangers, no need to skip tracks. The club sound really makes your head bounce and you want to forget all the pandemic struggles for a while!

"This makes you immediately want to go for live shows. The sound of bass and drums sounds like when you are at the club, getting a drink from the bar, and the party is going on in the next room. In few songs, there's a Jamiroquai feeling with a modern sound 😍" M.L.

For the friends of: PVRIS, Julien Baker and Ben Howard
Genre: singer-songwriter, emotional indie pop
Country: US
Favorite track(s): 'My Limb', 'KYRH' and 'Inordinary'
Emoji: 🦉
Random words: seasons
Further: It's here voice. Period. It just drills through your emotions. I really love that the arrangements are very simple so there is a lot of space for her voice. 'My Limb' is one of the best tracks of the year. But to be honest, I am not a fan of all tracks, but the best ones make the album make it to the list. Let's see if the album stays on the list at the end of the year. The album is written and performed entirely by herself.

"My limb has really interesting drums and percussions. It's very addictive to listen to it and wonder how to play it."
M.L. 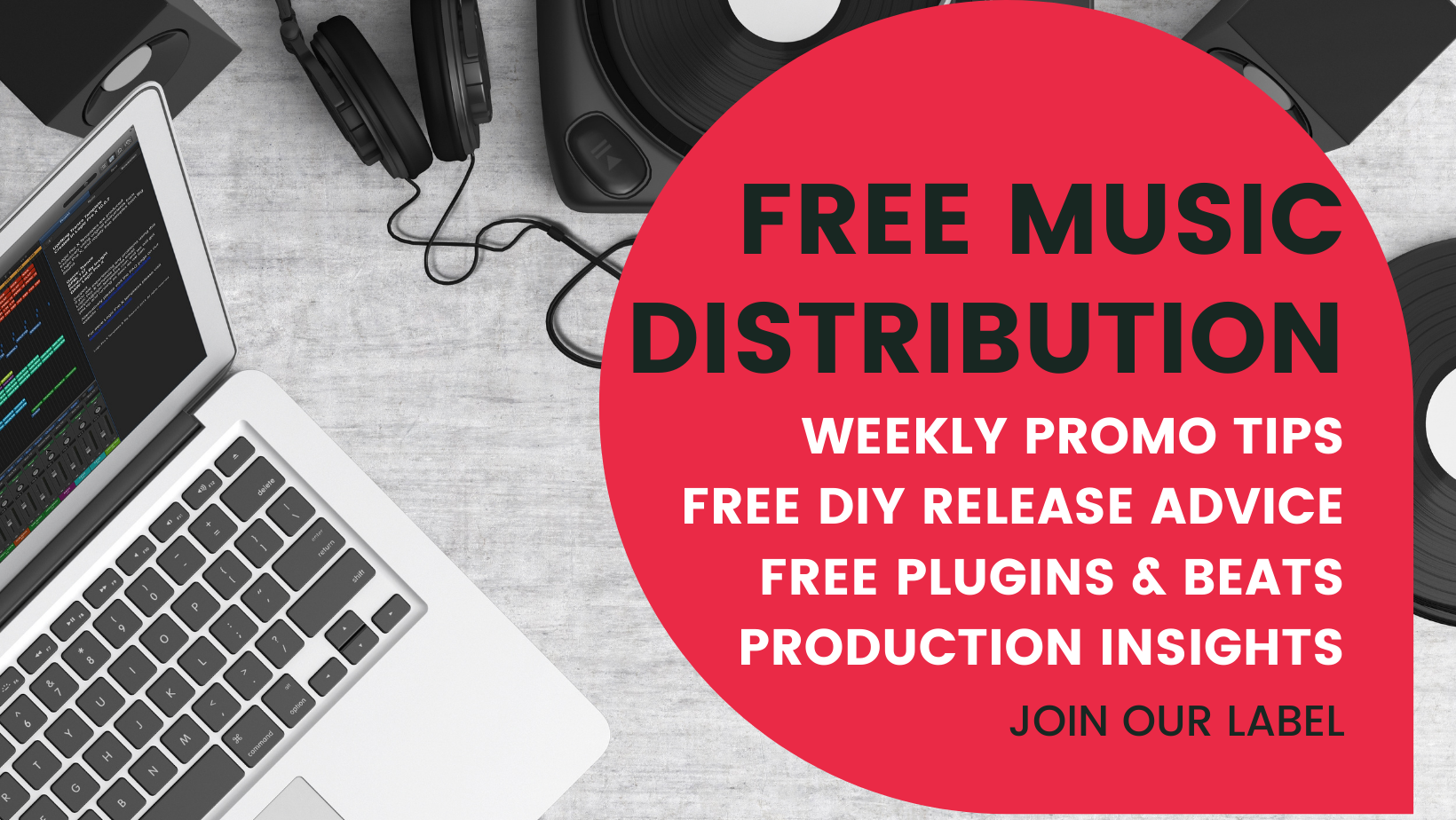 For the friends of: Eminem, Hopsin and Yelawolf
Genre: hardcore hiphop, hiphop
Country: US
Favorite track(s): 'CLOUDS', 'STORY' and 'LOST'
Emoji: 😬
Random words: movie trailer
Further: Still one of the biggest surprises for me this year. The arrangements are just so huge that listening to the album takes you somewhere. I don't know where. I have come back to the album time after time and am still not bored.

"A truly exceptional rapper, with his lyrics and arrangements being just like in the movies."
M.L.

For the friends of: Rolo Tomassi, Frontierer, Crystal Lake
Genre: Noise pop metal, experimental hardcore, chaotic hardcore
Country: US
Favorite track(s): 'ALL FUTURES', 'A LIFE SO WONDERFULL' and 'AVERAGE DEATH'
Emoji: 🤯
Random words: tsunami
Further: Still pretty amazed by the album. It almost makes you speechless because there is so much happening. Same time you can find many great melodies, details and even beauty in the middle of all this chaos. I'm repeating myself but please don't leave ULTRAPOP to just one time, but give it multiple repeats!

"This reminds me of the first time hearing 'Horse The Band, 'Enter Shikari' or 'Sikth'. Can't really categorize this anywhere."
M.L.

For the friends of: Tinariwen, St Germain (self-titled 2015), Kel Assouf
Genre: Tuareg, electro, psychedelic desert dance music (?)
Country: Mali / Italy
Favorite track(s): 'Curfew', 'Reste À L'Ombre' and 'Moulan Shakur'
Emoji: 👀
Random words: bridge
Further: This has been the most interesting album for me this year, standing out from all the rest really well. The whole story behind the album is very important and I appreciate this kind of collaboration and project. But it's not just that the project is interesting, but the music actually works perfectly mixing two different worlds.

"M’berra is the sound, the story, of a collective of Malian musicians from the M’berra Refugee Camp in southeast Mauritania and Italian producer and electro-shaman Khalab. In a sprawling tent city rising out of the desert, out of nothingness, at the border with Mali in West Africa, brought together by spirit and circumstance, the group’s Arab and Tuareg members find solace and beauty in music and song." - Khalab Bandcamp

"This style of "field recording" / ethnic samples and a modern analog/drum machine vibe hits my musical taste buds. Genius and really catchy music! It's insane that there are only about 5000 listening times per month in Spotify!
M.L.

Genesis Owusu - Smiling with No Teeth

For the friends of: Childish Gambino, Kanye West and Young Fathers
Genre: experimental hip hip, psychedelic neo-soul, post-punk (!)
Country: Australia / Ghana
Favorite track(s): 'The Other Black Dog', 'Whip Cracker' and 'Easy'
Emoji: 🦚
Random words: ADHD
Further: Probably the most varied of all these albums, but still keeping it together. Whenever I put this record on, a big smile just appears on my face and it brings a great mood. Really happy to have discovered this artist and album!

"Somehow this album has insane energy! The post-punk feeling and the repeating effect combined with a hip-hop feel really wild and threatening on the album. It would be super interesting to see this live, I wish it would just be really sick. 'Gorillaz' and 'Bad Brains' also come to my mind a bit in places.  Really insane that he is only 23 years old!"
M.L.

For the friends of: Saimaa, Gwenno and Kairon; IRSE!
Genre: instrumental psychedelic rock
Country: Finland
Favorite track(s): 'Auringonpistos (Kotikonnut takauma)', 'Päijänne-ilmiö and' Iso Yö'
Emoji: 🏅
Random words: sky
Further: Winner takes it all. It doesn't matter if it was sports or music but 'ISO YÖ' is in many ways a winner. It's amazing to hear this kind of a debut album by anyone! Take your time and listen to this album with LOUD volume!

"I haven't listened to this so much so I can't really say many things about it 🤔 something common to 'Saimaa' and folk music combined to 'Tycho'. This was my first impression.
M.L.

For the friends of: Massive Attack, Sigur Rós, Godspeed You! Black Emperor
Genre: Ambient, psychedelic post-industrial, noise
Country: Italy
Favorite track(s): 'jabal, 'prison' and 'hajar'
Emoji: 👹
Random words: apocalyptic
Further: What massive, colossal and impressive this long album is! I'm not a fan of long albums, but this really hit me. It's amazing how time after time I just enjoy listening IRA, even though it's even haunting at times. If music can be concrete or have concrete effects, IRA is a prime example of that.

"A massive album, but definitely worth giving time for it. Very versatile and interesting. It might be a funny thing to say, but it feels great that an album like this has so many "beautiful parts." Many times these kinds of albums are really gloomy and oppressive."
M.L.

For the friends of: The Hellacopters, Queens Of The Stone Age and The Bronx
Genre: garage rock, action rock
Country: Finland
Favorite track(s): All three of them
Emoji: 🧨
Random words: sweat

For the friends of: Set Your Goals, Fever333 and Four Year Strong
Genre: metalcore, skate punk
Country: Japan
Favorite track(s): 'WHO WE ARE' and 'GETAWAY'
Emoji: 🐗
Random words: skate park
Further: So much energy! So much good energy! These tracks have been some of my most played tracks this year. They really suit well with the hot summer days!

"A fun combo of positive and catchy skate energy and hardcore pumping. The only Japanese band like this, that I have ever come across."
M.L.