Right now I exist pretty much entirely online, on Instagram and Tiktok. I’m still finding and planning real live gigs - this also answers what I’m up to, really. I don’t want to just be a singer with a guitar, I’d like to put a more interesting spin on it somehow, but I’m trying to avoid overcomplicating things for myself. This is all part of promoting the album I just released too so I need to pick up the pace a bit really!

No process as such, it’s a little bit different every time. I’m primarily a guitarist so they tend to come from there but occasionally it’ll be a melody line or something I come up with on the keyboard, and sometimes it’s a bassline or drum beat. From there I’ll try and flesh out the idea by adding some more instruments, then write a melody or some lyrics before I get too carried away so there’s still space for them to fit in before I’ve made the track too busy.

Too many really, I tend to say that my ‘home base’ is indie music, particularly 00s indie, but I love everything from classic rock to hip-hop, some classical, some metal, a decent amount of pop and pop-punk. In terms of my album ‘loss’ I’d say the main influences are Tyler, the Creator, Everything Everything, Pvris, Tame Impala, Kanye West and Elliott Smith. Well as I mentioned I’m primarily a guitarist and come from an indie background, so guitar, bass and drums feature on everything, but generally electronic drums. I have a keyboard that doubles as a MIDI controller too so that makes its way onto most songs.

Who is responsible for your mastering/mixing?

So far I’ve done every single thing myself, except for the chorus melody and lyrics for one song, which was written by my friend and excellent singer Emma Wells.

Honestly, just starting, and I suppose finishing, my album. I’ve been in bands and did a UK tour with Emma Wells who I mentioned, but for a number of years didn’t want to do anything solo. So to actually strike out and do something, and to see it through to completion, is a really big achievement for me

One incident so far that I’m still waiting to find funny is my first gig as Treefingers. It was in Warrington town center as part of the River Reeves Foundation’s “Straight Outta Lockdown” summer gigs in 2020. It was amazing to have the opportunity to play on a stage during the day to what must’ve been 200+ people. But I stayed up really late the night before and didn’t get enough sleep. I was tired, nervous and didn’t drink enough water so on the last song my voice completely choked up on a particularly high note. I was singing Numb by Linkin Park, so it was a really emotional song and I just let out this awful squeal and kind of yelled through the remainder of the song because my throat just decided to stop functioning properly. Certainly a memorable first gig! 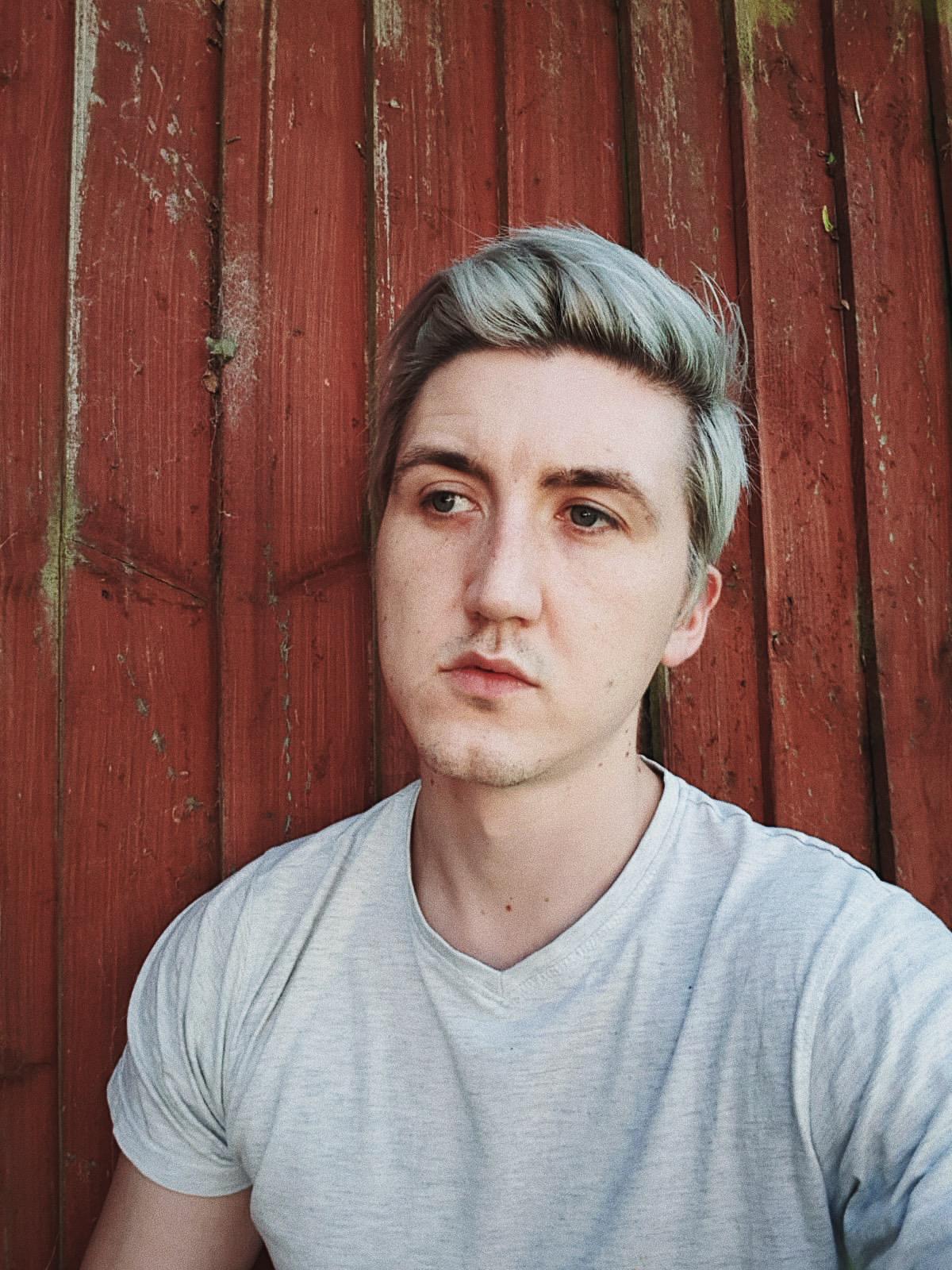 Well as I kind of alluded to, I’m not exactly a great singer and I’m very conscious of this. That’s where the Elliott Smith influence really comes in, because between his songs, production techniques and the way his voice suits his music you really don’t tend to notice that he’s not the strongest singer. So I tried to take a lot of direction from that.

You studied Commercial Music Production at the University of Chester, what advice would you give to your younger self regarding your music?

To dedicate more time to it, and learn to enjoy the process of making music for myself. I kind of assumed nothing would come of my time with music and didn’t even consider that it was something I should do for the sheer fun of it. But I’ve finally come to that point and I’m glad I’m here - better late than never!

As you mentioned, you used to play guitar for Emma Wells and you actually went on a UK-wide tour, what was that like? Will you hit the road again in the future?

That was an awful lot of fun, it was actually done with Caffe Nero. Emma was their featured artist for a month so her music was played in every branch once per hour for a month and we toured their branches to promote it. We got to see loads of new cities I’d never been to before, and just spent a lot of time with Emma, her manager and my girlfriend at the time being silly and enjoying each other’s company. No plans to hit the road due to work and family commitments but absolutely never say never!

Sheer animal magnetism. Pure self-confidence. The fact that I’m the absolute best at what I do. No, not really. Can you imagine if I was like that? It’s probably the fact that every aspect of what I do is totally my own and my vision from start to finish, but also I’ve gone very concept-heavy with my first album, something that usually happens further into a career. I have big ideas and try to make them happen where I can.

Currently, promote the album! Next, play some live shows, then who knows? I’ve recently begun working with a Senegalese sabar player (sabar are traditional Senegalese drums) and that’s proving to be great fun, maybe it’ll influence the next batch of songs I work on!

Tell us about your latest release “loss”.

“loss” is an album in 3 chapters covering the last few years of my life, and one or two fictional stories for fun, and each chapter covers a different stage of moving through that journey and the feelings that go along with it. It’s very introspective and has helped me work through an awful lot of negative events and feelings, hopefully, it offers some catharsis for someone else out there too. Times are tough and it’s good to know we’re not alone!