I am currently in London (well, northwest Kent to be more precise) working on several new tracks for an album in my home studio. I also released a new song recently, “Dirty Summer”, that I have been doing promo for and trying to get it out to more listeners.

Tell us a bit about your influences.

When I first started playing guitar, I really wanted to play Blink 182 songs. Pop Punk is still a big part of my makeup as a musician and I still listen to a lot of those bands today, like Green Day, Bowling For Soup, Sum 41, etc. As I got older, I was drawn more into bands like Oasis - who were a great band to cover for a new guitarist, Idlewild, Feeder and some older stuff like Bruce Springsteen and The Beatles.

How did you start?

My best mate Jed was learning to play guitar and he would come round to my house and show me what he had learned. I really wanted to join him so I signed up to the same teacher and together we formed a band (The Codes) with him on drums and our mate Joe on bass. We would play school shows mainly and a few local gigs and recorded our first album in 2006 (I think!). We funded everything ourselves and were so proud to do an 11-track album in just a few days. It’s a little rough but we all still love the hell out of it.

How will artists be influenced by the rapid change in technology in the future in your opinion? What will change?

Technology has leveled the playing field to be sure. Anyone with a phone can be a creator which is really exciting. I think back to the early 2000s when I was starting out and would have killed for some of the accessibility there is now. That being said, there is so much noise now! Artists are uploading tracks daily to Spotify and to get a light shined on your music feels harder than ever. That being said, I think early adopters of new tech and platforms will be the ones who get found these days.

What advice would you give your younger self?

Develop your network as much as your skills. It was so important to me to push myself as a songwriter and that made me quite insular when it came to my music. I wish I had found the confidence to be more bold, link up with other bands and show promoters to really get out there and in front of bigger crowds.

What are your long-term plans as an artist?

To be more consistent with writing, recording and releasing music. I have so many songs that never ended up being recorded during my 20s that now I want to make sure they are fully out of my head and somewhere I can hear them. Then to play more live shows, whether that’s London and the South East or other areas of the UK, I am open to the opportunities. 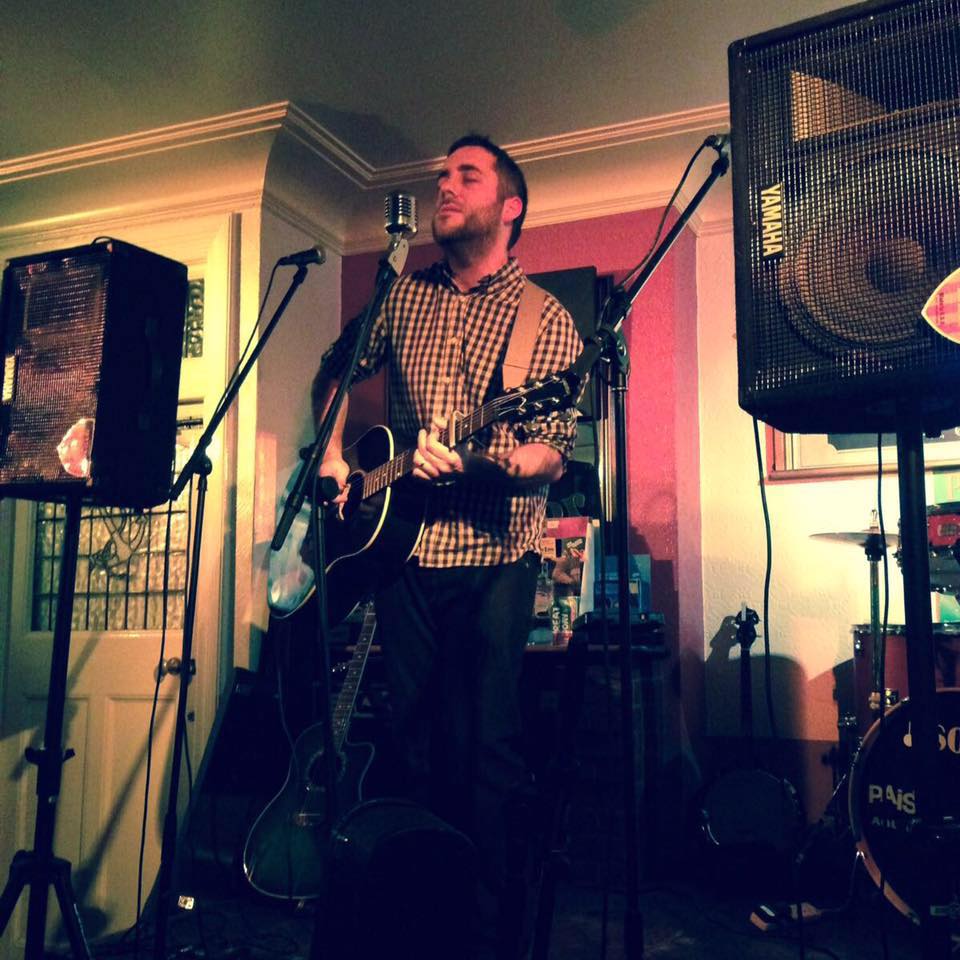 What advice would you give to someone starting out now in terms of promotion?

Be open to working with anyone (no matter how big or small) and always aim to give more than you take. There is a tendency for creatives to feel the need to push their music out on people a lot without expecting to give much back. I believe a bit in the energy of the universe, so I try and pay it forward (or backward to be honest) if I can. For example, if you want a playlist editor to add your track, why not ask what problem you can solve for them? I am sure they would be quick to tell you a few things that would help them out.

What is the biggest obstacle you have faced so far in your career?

Life haha. By that I mean there are people in this world that mean so much more to me than my music career and there simply isn’t enough time to do both fully. Accepting that has been the biggest obstacle and I feel that I am in a better place that now I am a father of two and a husband.

What film would you recommend to our readers?

Film? Wow, this could open a whole new interview (I am also the Editor for UK Film Review!). My favorite film is About Time. I just love everything about it and it changed the way I looked at life completely. It also has a terrific soundtrack.

I just released a new single Dirty Summer on all streaming platforms. It’s an alternative country track with a great beat and perfect driving music. It has a real summer feel so I feel really clever releasing it in November! I still have a lot to learn it seems.