Currently sitting on the sofa planning all the social media for the band for the week. It’s not my fav job in the world but planning out what and where we will post is the easier option for us. Well, I think so, ha.

It really depends. Luke could come up with a bass line and fire it through WhatsApp to the band or I could have a melody that come sat us in the studio or one of us writes a full song and brings it to the others to sprinkle their specific magic on it. We have always done it like that because that's what being in a band is about. Each person has the voice and the idea of what and how a song should move.

Tell us a bit about your gear (synth/amps/software).

Well, I’m a Gibson guitar guy through and through and could bore you with the types and ages I have on them. I won’t though. Any type of Marshall amp but predominately use my Marshall bluesbreaker with AnalogMan King Of Tone, some Analogman Astro Tone Fuzz and far more pedals than I actually need! Luke uses a Lakland bass and a dark glass amp which is incredible! Oli uses Remo drums I think, I have never asked him actually!

What's the one thing you find difficult with today's state of the music industry?

I wouldn’t say I find anything difficult. I see a lot of artists complaining about this and that with the industry but you make of it what you want. I remember when I was 14 years old and the only thing in the world that I wanted to do was play a gig! Fast forward a few years and that is my life. 14-year-old is screaming his head off because I’m doing what he wanted. We artists get wound up and conflicted that we have to reach some level of stadiums and number 1s etc or that this band is doing better than us, why is that not us. Don’t get me wrong, I have been there but I needed to let it go. I needed to focus on our own stuff and the amount I got done and my happiness levels went through the roof when I did. We are conditioned to always to want more and never to stop and appreciate the incredible things happening around us. Sorry, that was a long answer. I waffle…a lot! 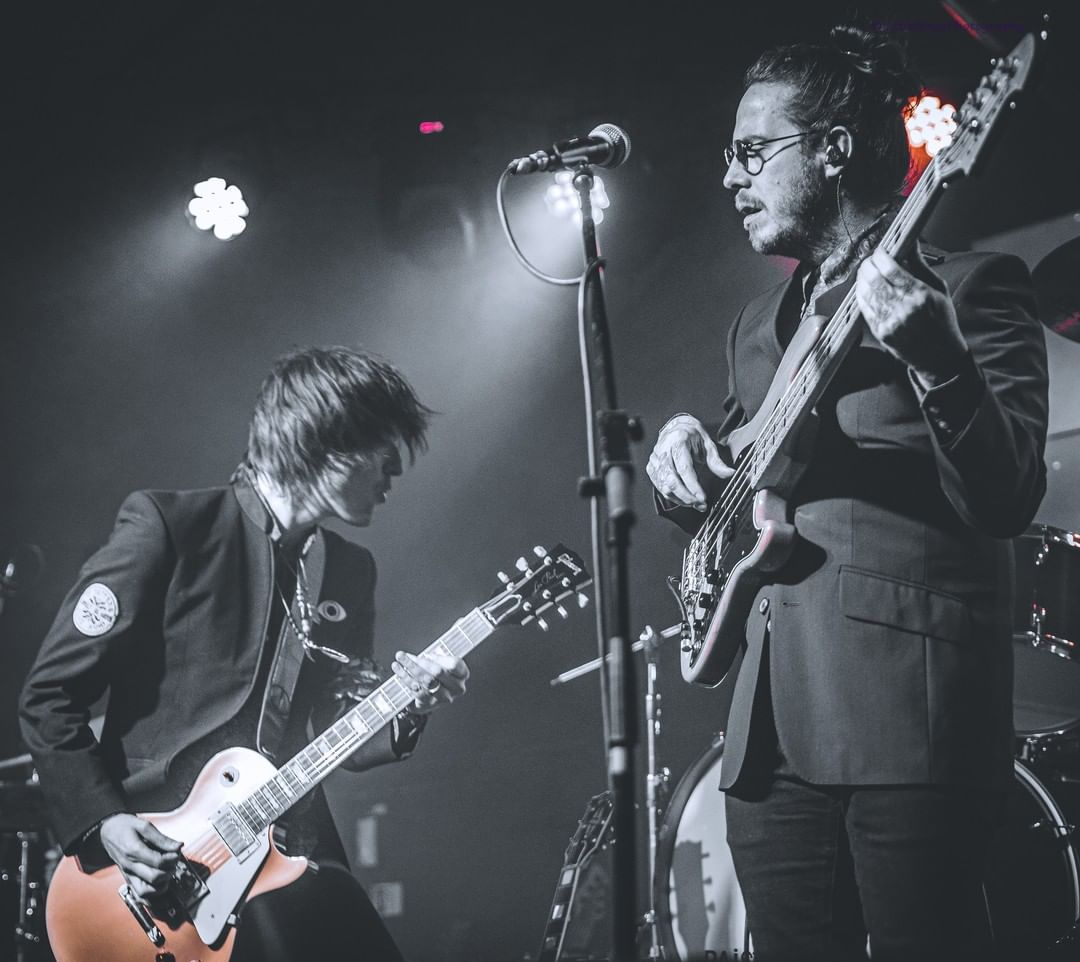 Artists have to be everything to everyone and I think that is a dangerous place for artists to go. The really successful people I see focus on what makes them special or what is that one thing that makes them stand out. From a technology point of view, you have to be looking at social media. It will be short-form video content, 7-15 seconds worth of entertainment. I read some stupid fact that is you don’t grab a viewer on a video in 3 seconds then you have lost them! That’s like one chord and not even a riff! How can you appreciate a song when you listen to 3 seconds worth! Ban the skip button I say.

Many bands say this but I think we live and breathe it. We are who we are, and what you see if what you get. We don’t stand on stage with sunglasses on with a leather jacket. No egos, none of this too cool for school lark, Just 3 lads being real. We actually spend more time talking to the audience than any other band I know. The whole point of going to a gig is to forget your worries to lose yourself in the brilliance of live music. It does my head in when I go watch a band and they don't interact with the audience at all. They smash into songs legs spread (usually some type of leather pants or ripped jeans on) and then spend 3mins of a song on a guitar solo with the same drumbeat. It's dull, it's been done. When we come off stage and meet fans at the merch stand the people they just saw and the same people. It throws some people off as they are expecting us to be that cool band that's aloof! Nah, no way. Come to a gig and you will see what I mean. 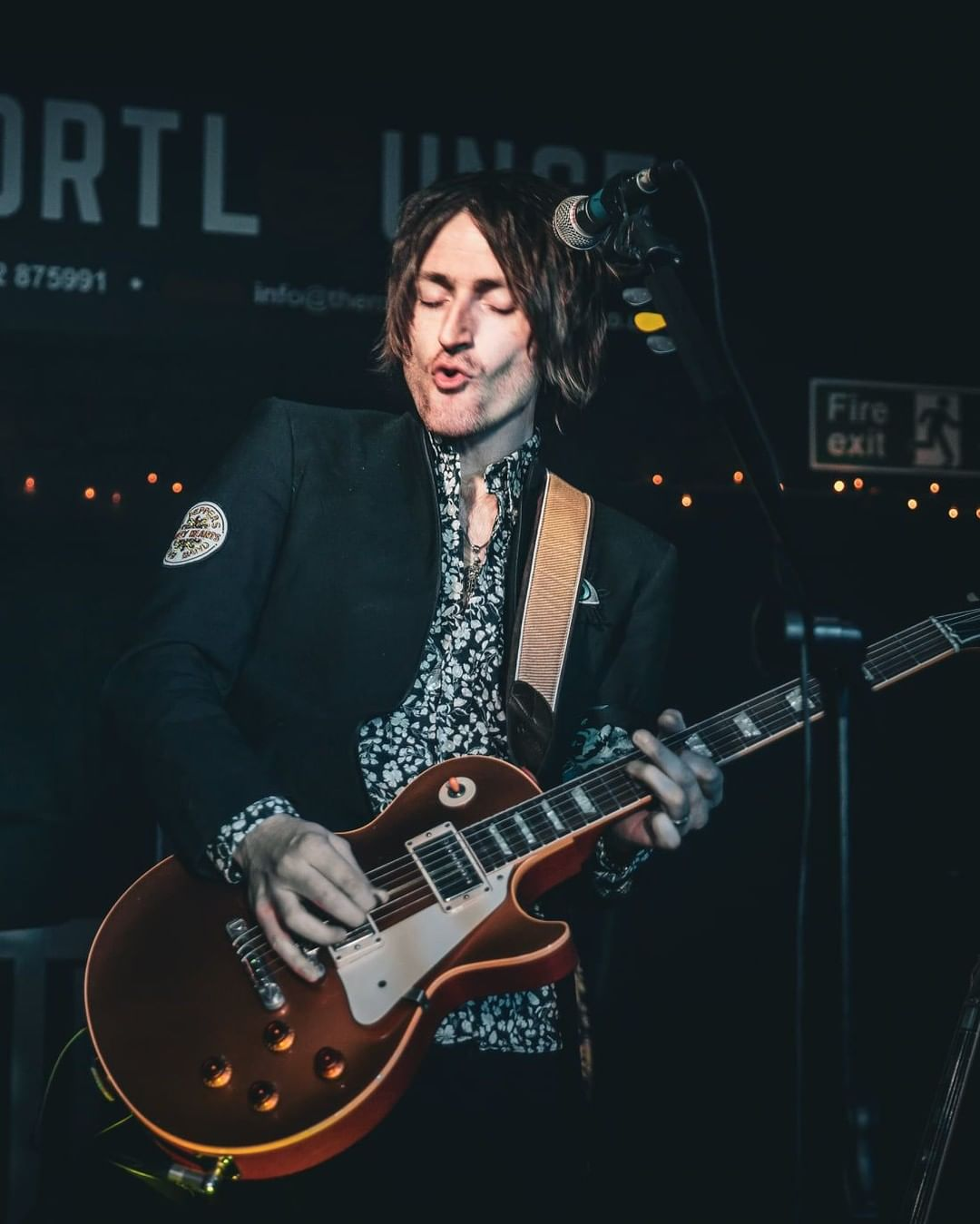 What is your opinion about music awards in general? In what way has a musician reached the top in your opinion?

I don’t really understand the point of them. Totally get fan awards as that is from people whose opinion matters, to be honest. Who is to say that this song or that song is better or that album is better than that one. I think most musicians don't think they ever reach the top. If that was the chase the Rolling Stones and Paul McCartney would just quit. “That's it guys, that’s your lot I’ve done it now”, haha. Maybe that is it though, maybe when the whole world knows who you are and can sing your songs, that is the top of the tree. Not a back tree to be on top of though is it!

Probably the constant social media creation and engagement. It is what I hear most artists talking about or what shall I post or how do we beat the algorithm of this platform or the other.

Far too many to even mention or safe to publish, they normally always start or focus around Luke though. One story I can tell is that I lost Luke once to a Belgium band! We were touring with some lovely lads called Spitfire around the UK. They were from Belgium and had bought the biggest Mohawks roadies you have ever seen! Well after the first night we were a little nervous around them as they looked intimidating! We finish a gig and Luke is nowhere to be seen. I mean nowhere! I head to the back of the venue and outside on a bench I see a crowd of people. there is laughing, shouting generally people having a cracking time! As I walk closer I see the mohawk mafia (that's what we called them) in amongst it around one person! Yep it's Luke holding court with his trousers down (pants on thankfully) showing people his tattoos. They had fallen in love with him (Luke has that ability) they all wanted to hang out with him and I have to say the Mohawk Mafia are some of the nicest people you even imagine meeting. All of them actually got tattoos in honor of Luke! I mean who does that! Haha was a great tour!

We do, Luke is an RPG man so Diablo, The Witcher and those thinking games! I can’t stand them. I’m more of a warzone run-around shooting person not much-thinking type of gamer! Oli streams games and plays all sorts to be fair!

We have just released a new single ‘I Feel Low’ via all streaming services on 8th April 2022. Imagine Zepp meets Rival Sons with a splash of Cream in there and that's is. We have 3 more singles coming out this year with a EP in the Autumn! https://ditto.fm/i-feel-low