'Unradiant' is probably one of Finland's most effective and productive ambient artists. Steadily in six-year, he has released multiple albums and EPs, working with other talented underground artists. There is a clear development in his soundscapes and again, 'Loputon' has some minor improvements compared to the previous album. Compared to the other albums, 'Loputon' has fewer beats, more glitchy noises but most of all, more emotion. Let's dig into the tracks one by one!

'Tundra'
Already the very first sounds of the album are really nice, airy and clear. The vibe reminds me a bit of 'Jon Hopkins' softer tracks and atmosphere. The track is built on top of a simple synth loop, but there are many lovely bubbling details under that. The strings that show up later create a nice soundtrack-like soundscape and feeling.

'Manner'
The glitchy noise in the background continues, nicely binding the first two tracks together. The slow chord changes feel like breathing in and out, building up good solid ground for a meditative session. There are cool details again, with some wavy effects on some of the synths. After three minutes, the high-pitched noise, building up slowly together with the faster yet straightforward beat, creates nice tension—it leads the track towards a bigger ending, which we will never hear. There could be an excellent possibility for someone to make an interesting danceable remix of this track.

'Taajuus'
The simple chord changes sound brilliant and emotive on top of the changing white noise. I have always wondered how simple things can sound so beautiful and touching. It must be the whole soundscape, mixing and carefully thought-out unity. This track is one of those that start to build the unseen pictures in your eyes—watching a movie without a moving image.

'Sykli'
The longest track of the album. This over 7-minute track starts nicely bonded together with 'Taajuus' with similar sounds. The first three minutes are some of the most ambient stuff in the whole album, but then we start hearing the first clear beats reminding of the older 'Unradiant'. The simple beat goes on with a nice deep bass in the background and some clinging stuff on top of that. The organic piano sound and the synth melody remind me of the early '00s 'Ministry of Sound' chill music scene. This is not a bad track, but it feels a bit too long and flat for me. 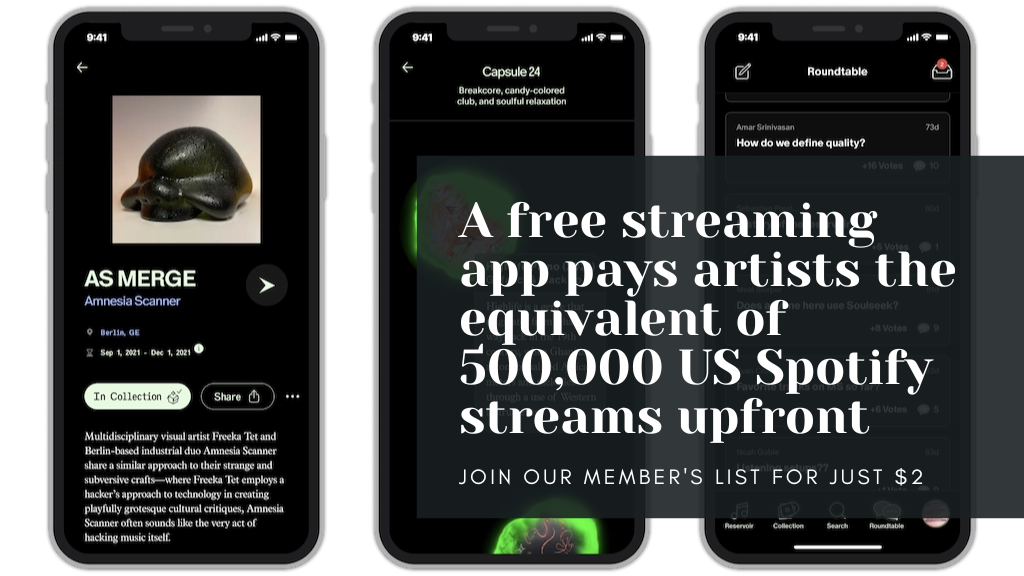 'Kaamos'
The beginning of the tracks is mostly just different glitchy noises put on top of the deep bass sound and some clear buzzing sound. Cool frequencies are knitted together, making your head feel tingling when listening to the track with good headphones. Again, this is some of the most ambient stuff we have heard from 'Unradiant'. The very end has some great details with the chords.

'Ranka' featuring 'Secret North Ox'
Wow! This track between 'Unradiant' and 'Secret North Ox' sounds fantastic. Again, this has a lot of soundtrack-like vibes and is very emotive. There is some distant neo-classical feeling in the track combined with deep drone noises. This combination makes the whole track surprising and interesting. The slowly progressing melody draws a dark picture of the Nordic environment. Same time the track is gorgeous but also a bit claustrophobic—one of the best tracks from the whole discography of 'Unradiant'. There are so many incredible things in this track that you just need to listen to it and don’t count the repeats!

'Vaellus'
Another slightly longer track of the album. The slow start builds a picture of an endless ocean and soft rainy weather on the beach. But soon, the rain stops and there's the hope of better days. The beat is comforting with the many glitchy details. The track sounds simple but progresses nicely, slowly adding more layers to it. Even though the track is pretty repetitive, it is solid and not boring to the listener. Probably the most hopeful and optimistic track of the whole album.

'Alku'
Another optimistic track. I like the choice of leaving this kind of hopeful and beautiful tracks like 'Vaellus' and 'Alku' at the end of the album. Again the track is full of great details. I enjoy the airy synths of the track having even some distant resemblance to the 80's sounds. Also, the sounds of bird flocks give a nice touch to the track. The track's ending is interesting and surprising after all the ambient stuff.