22 months since my last time listening to live music. 22 MONTHS! I did not know what to expect on a personal level, what kind of feelings I would go through and if I would still enjoy live music. I did not want to hype the show for myself. I was feeling that this should be somehow life-changing, but same time I did not want to think this way so I would not be disappointed. 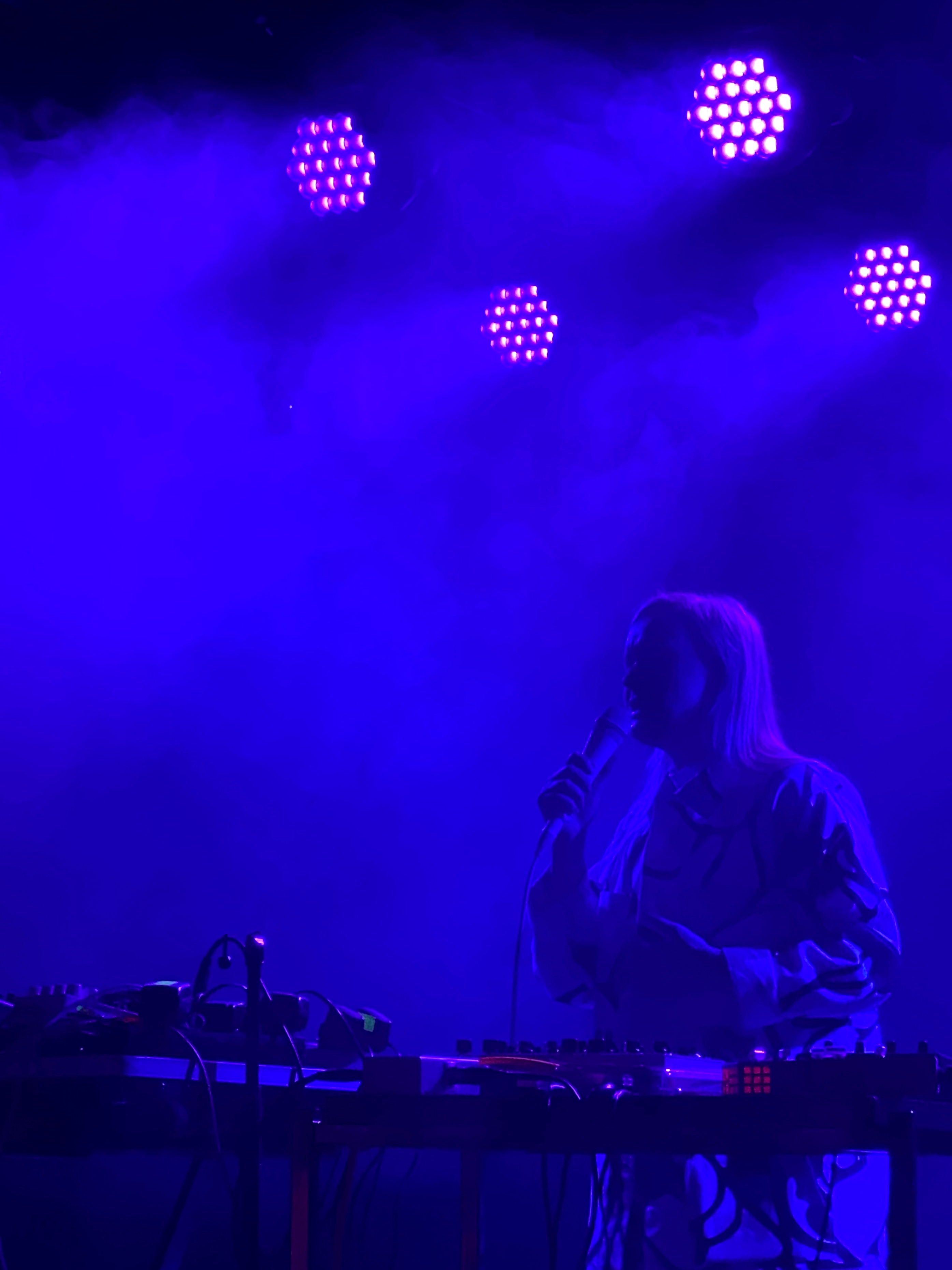 One element which built a different kind of expectations was the venue, G Livelab in Helsinki, Finland. The concept of the venue needs to be explained a bit. It is built together with Genelec, the whole sound system is by Genelec and the speakers are set up in a way that the listeners will have a 3d effect, meaning that the sound is coming from multiple different directions. I've been in G Livelab once before. It was some kind of noise-pop music and the sound was slightly too clear and "good" for this specific genre. So I had some prejudice.

The venue was sold out, but because of the covid restrictions only half of the capacity was used. It felt surprisingly the same to sit and wait for the show to start than 22 months ago. It is still the most boring part of live music. 'The Hearing' is a solo project by 'Ringa Manner'. One of her first acts was 'pintandwefall' which is a garage/indie rock band. Since 2006 she has been working with many different projects and bands 'Ruusut' being probably the biggest. In 15 years she has become one of the best singers in the Finnish music scene. I saw 'The Hearing' I think in 2016. I've always liked her music but I remember that show being slightly awkward for some reason. This time in G Livelab she was really shining. 'The Hearing' started her gig with a short improvised ambient session where she was looping her own voice. You really need the courage to be alone on stage and rely only on your voice. Slowly she was adding more elements to it and at last, it was a beautiful combination of different sounds where vocals and electronic sounds bonded without any borders. During the whole set, she said many times that she is a little bit nervous. But every time when she was singing she looked everything else than nervous. She was executing everything with confidence, or at least she looked like it! During her set, she was changing between improvised songs and mostly songs from her latest album 'Demian'. According to her own words you don't need to be nervous about the improvised parts because nobody knows what you are trying to do. But like said previously, she should not be nervous in any way. Her singing was such brilliant. One great detail was that she barely had any echo mixed in her vocals. This is a good sign since with echo it is slightly easier to bury your uncertainty. The whole set was slightly longer than one hour. I don't know if it is the long break since hearing music live last time, but I could have gone much longer.

(Improvise)
'Loppu'
'Icu' (Had chills going on through the whole song)
Love=Prison (Loved the vocals, but the moment when the beat really started was pure perfection)
(Improvise)
Overtaking (High tone vocals was so beautiful, chills again)
Backwards (The least favourite part of the set, but the bass was shaking my body which I liked to feel after so long time!)
Interlude 2
Jello (I have to give a big hand for her crazy dance moves. It felt hard to just sit still and watch)
Best I Can Do (More like a dance performance with little vocals in the end)
When In Doubt Repeat These Words (One of the best moments of the whole set)
Just Like You (A really beautiful and calming way to end the set)
--
(Improvision as encore) (This part felt almost like a spiritual or meditative moment)