Even though people are tired of Covid-19 restrictions I still need to mention something very shortly before digging into the gigs by 'Mantaray' and 'Ghosts on TV'. Never been to Hard Rock House, a suburb music pub with all Finnish pub facilities including a sauna. Another thing I had never done before was showing the Covid-19 vaccination certificate.

There is a big talk going on in Finland about the use of Covid certificates and there are still a few loopholes in it. But for me personally, it brought at least a small piece of mind. Everything felt so normal inside the pub. Like travelling with a time machine to the times before all this madness. And the bands definitely strengthened that feeling. 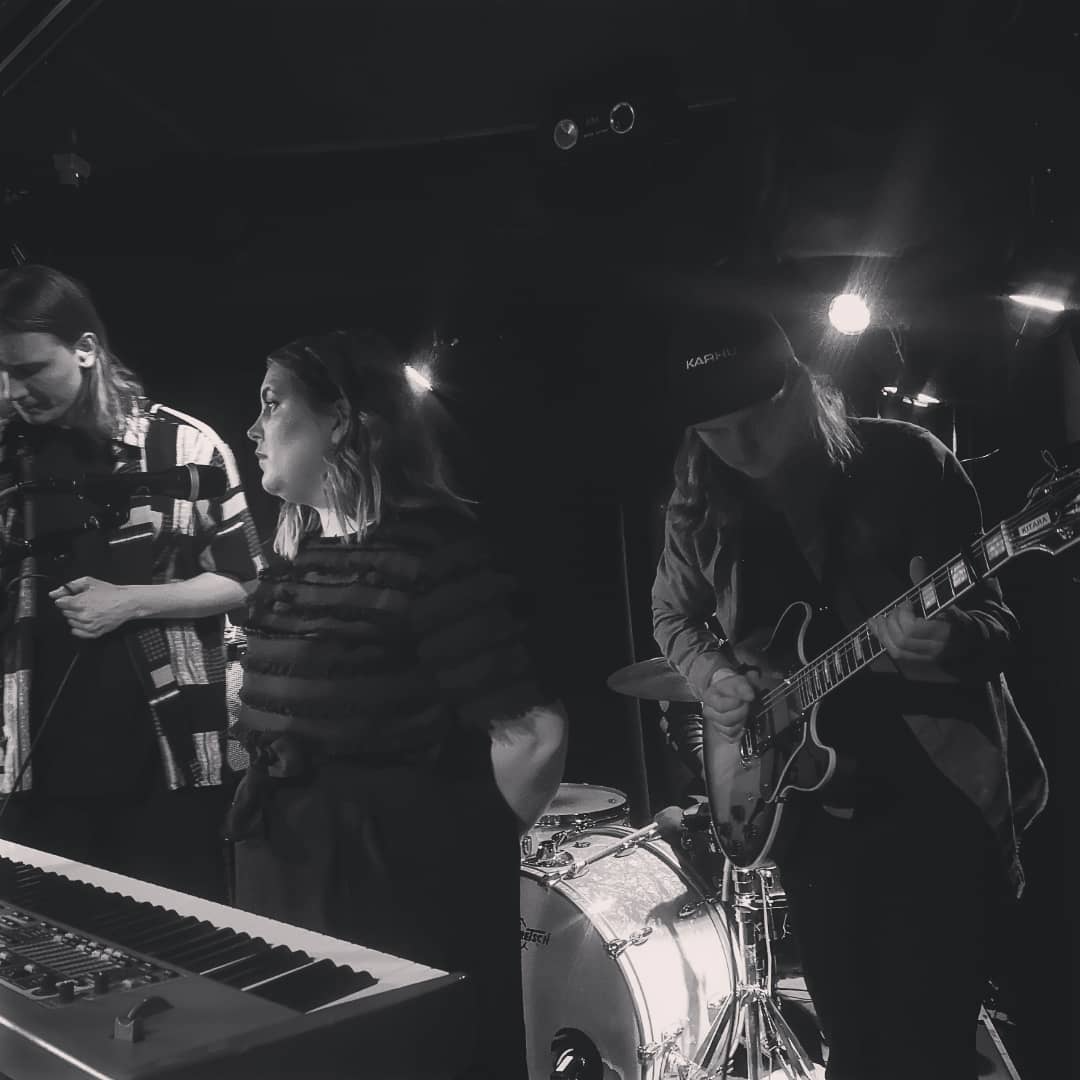 'Mantaray' started the evening with their combination of shoegazing, indie rock from time to time growing to massive post-rock moments. Already from the beginning, they were showing one of their strengths being a bunch of friends playing great music. It's greatly enjoyable to watch a gig where everyone on stage looks like they are enjoying what they are doing and with whom they are doing it.

Not many weeks ago one of the guitarists, 'Jonne', by accident cut his index finger with a knife and told that he don't feel anything now with that finger, which makes guitar playing slightly hard. But this and how his playing sounded did not reflect to the audience in any way.

The two new songs were really to hear. They were both much more straightforward than many of the band's previous songs. Even though I have enjoyed their music also previously I liked the new direction reminding a bit from 'Tiger Lou' and 'The War On Drugs'.

Mantaray Setlist:
Alta
On the Back of Your Hand
Outside Me
In Everything
Later
Every Word (new song)
Light up (new song)
Now

After a short break 'Ghosts on TV' started their set. Already from the beginning, everything sounded well balanced and beautiful. This was my first time seeing the band live. I was not sure what to expect and to be honest, the band had more indie rock/pop elements in their live music than what I expected. This was actually a really great addition compared to the post-rock explosions. 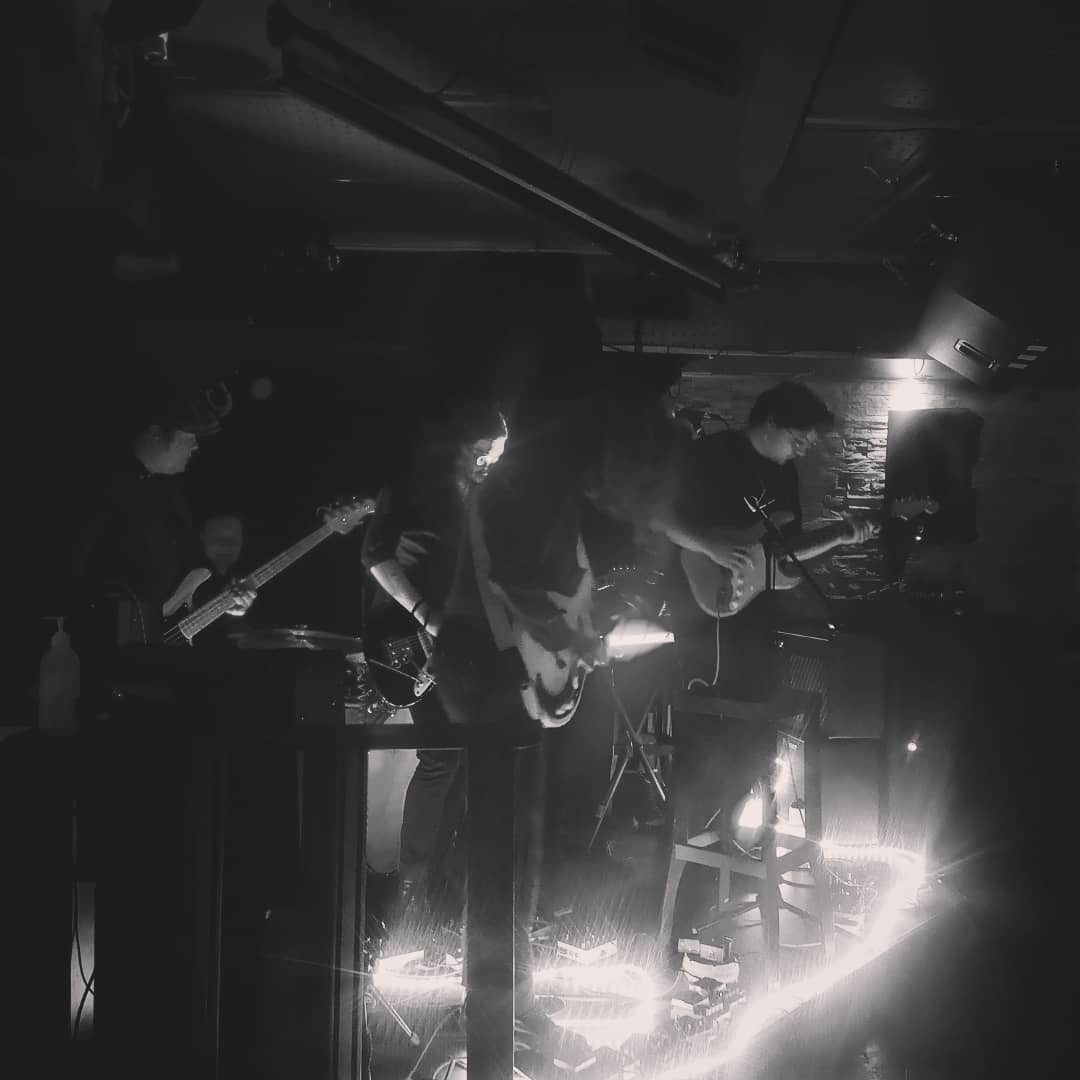 But paradoxically I need to say that one of the parts which I enjoyed the most was an unreleased track that goes by the name of 'Blackgaze'. The name describes the song very well combining shoegaze to a fast and heavy beat. This is not entirely a new thing and I think 'Deafheaven' was the one who made it big. 'Deafheaven's thing is pretty distinctive for the band and it makes it challenging for all others who do the same thing. It is not anyone's fault but it is rather challenging to make it sound like your thing when there is already one who has made it quite big.

But still, as I said, I enjoyed 'Blackgaze' the most of all their songs. And don't worry they sounded also much more than just a 'Deafheaven' rip off. All in all the band played very well, everything was balanced and the singer sounded great. The singer's appearance reminded me a bit from the 90's alternative scene which was a nice, small and detailed nostalgic vibe for me. 'Ghosts on TV' is definitely a band that would need a big and good quality soundsystem to really hit the listener with their big wave of sound.

Ghosts on TV setlist:
Routines (intro)
Brandy
Looking Forward to Seeing You Again
Blackgaze
Sunshine (live premiere)
These Clouds Remind Me Of England
I Am Not Dead, Pt. II
Swim