The evening was an album release show for 'Fantastista', the debut album by Finnish rapper 'Käärijä'. Funny thing is that the album has been released already in 2020 and finally after five unsuccessful tries, the artist was finally able to have this show. Probably you guessed, it was nothing to do with the artist himself, but the one virus which everybody is tired of. Well, finally he got his evening and 'Kuudes linja' was pretty much packed with people, but not yet when 'Lazy & Siho', the support act, started. Being in 'Kuudes linja' venue after a few years I really remembered how much I like the venue. It is pretty small, but everything is working and actually, the size is just perfect for more alternative acts. The amount of people does not need to be huge and you still feel the energy and it looks great with a small packed room. 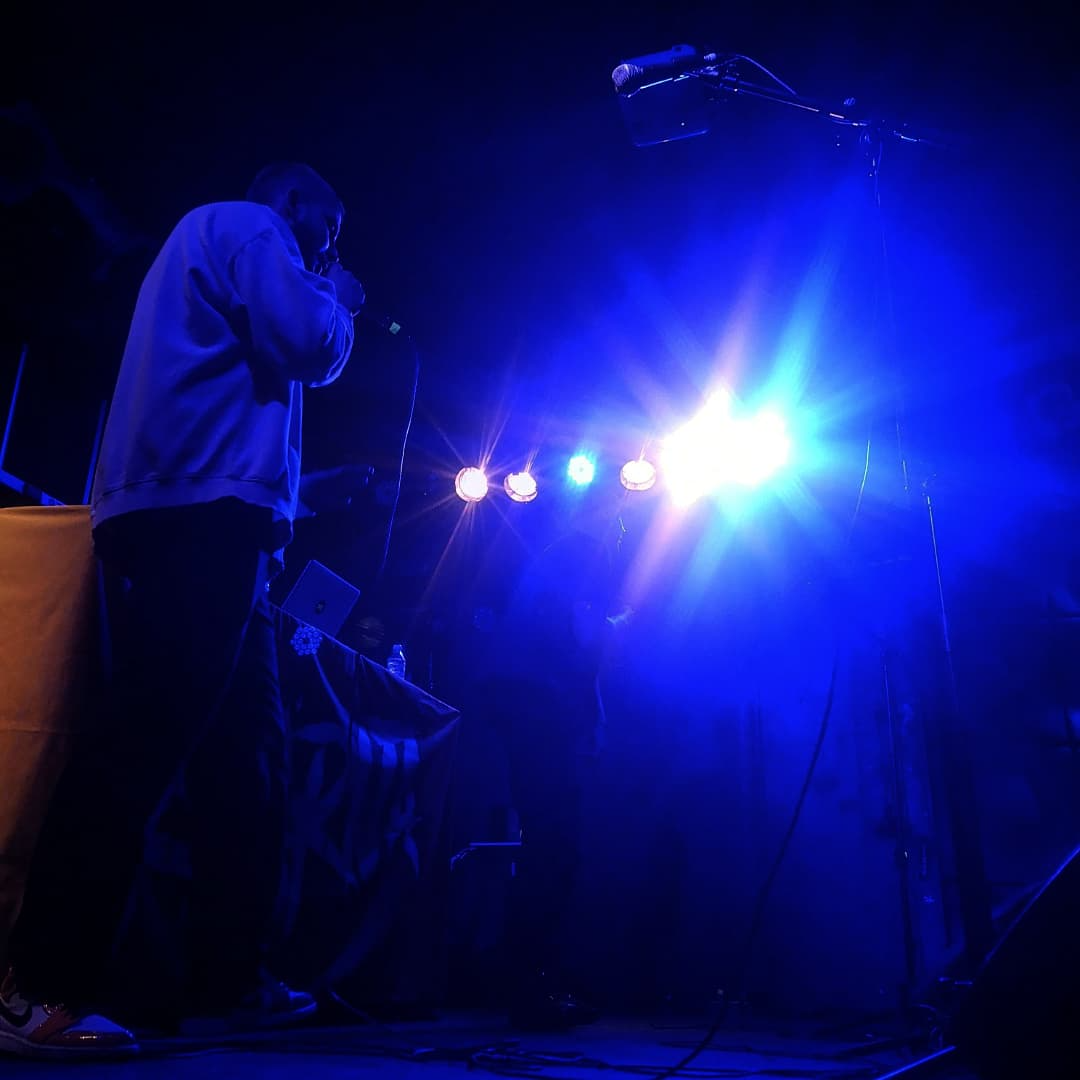 I did not know much about either of the evening's acts. I discovered 'Käärijä' just recently from a friend's recommendation and I did not have any idea how the evening would form. The crowd was surprisingly varied. There were heavy metal T-shirts, "ordinary" looking people, women with some bling and the age range were between 20-40.  I was waiting for the support act, 'Lazy & Siho' to start, listening to the venue's playlist of hip hop classics. Funny thing was that 'Jump Around' by 'House Of Pain' were played at least three times during the evening. I have always had respect for live DJs, and hearing the same song multiple times made me really hope for a live DJ. Otherwise, I was really enjoying the playlist. It's always great to hear good music with a good and loud sound system compared to the home sound quality and volume level.

Soon the DJ of 'Lazy & Siho' walked to the stage, connected his laptop and dropped a huge explosion sound, which anyone who has been to any hip hop show, has heard. Explosion after explosion, and the duo was on stage. Already from the beginning, it was clear that 'Lazy & Siho' made great work being the warm-up act. They had huge energy, even though there was not a lot of crowd. Most hadn't shown up yet, and those the most who were already at the venue, were still on the bar side, sipping their drinks. Bad for them, they missed a really good show. 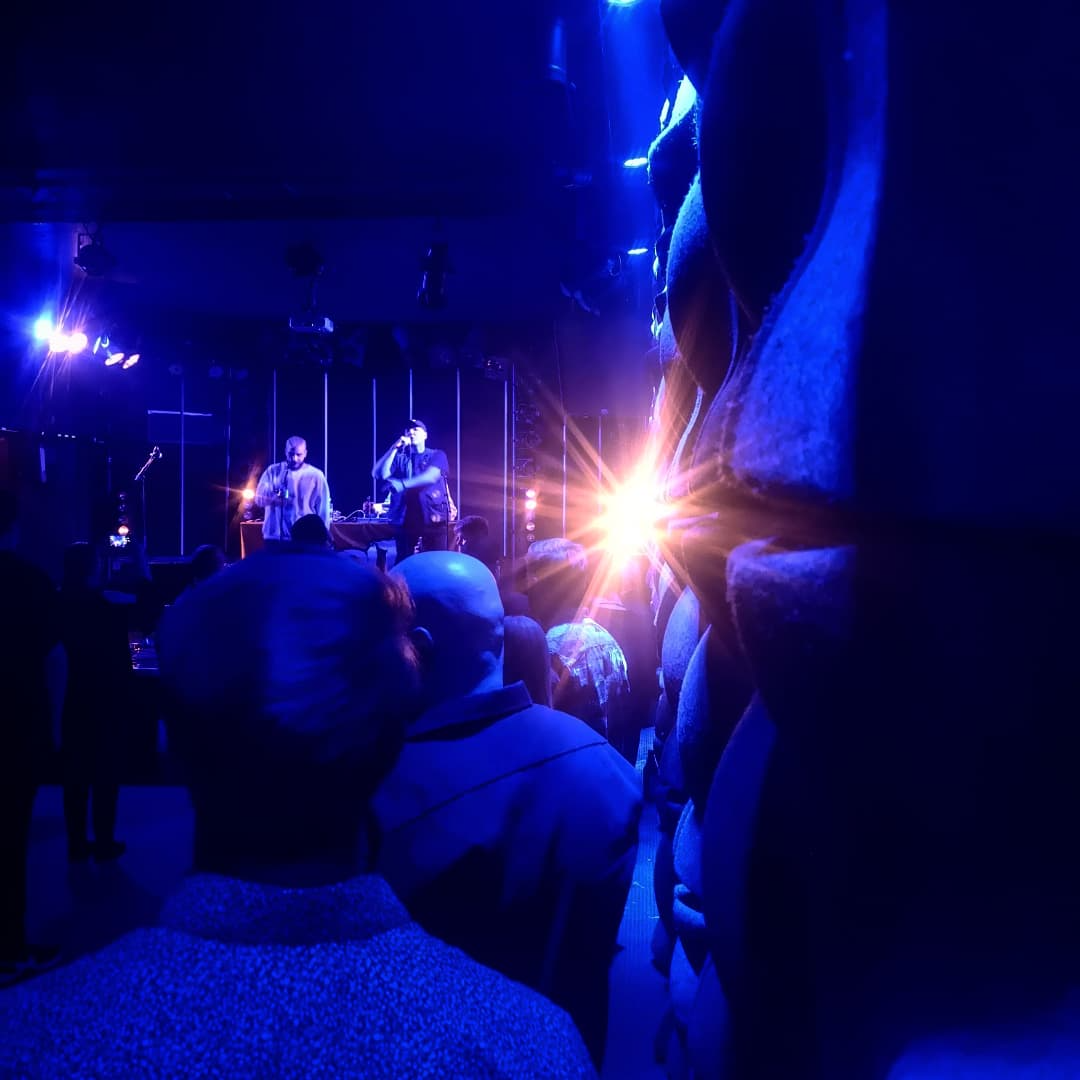 Throughout the short set, the duo had great energy and dynamics. They both shined nicely with their flow and performance. I especially enjoyed all the fast parts by 'Siho'. Such talented MC! The few people who were watching the set seemed to enjoy a lot. I especially liked three girls in the audience who clearly were there having fun as a team. One of them was trying to get the others to dance while the two others seemed slightly more laid-back and maybe a bit shyer. This is one of the great things about live music. It is not only watching and listening to the band but looking at how the crowd is reacting and what is going on around you.

Musically 'Lazy & Siho' were mostly playing pretty dark and melancholic grime beats topped with Finnish lyrics. I have been listening to grime for some time but have not heard it so much in Finnish. In that sense, it was really great to discover something like 'Lazy & Siho'. I hope that they find their ways to get what they want what comes to music. More people should really hear their music!

Käärijä started his set quite quickly after 'Lazy & Siho'. He had made a nice intro with massive bass sounds and a trailer-like monologue about how this evening was finally happening after multiple tries. Precisly after 6 times. Already from the beginning, everything seemed like well planned. Lights, visuals, costumes, basically everything was in line with each other. The crowd seemed like they also had waited for this show to finally happen and there was definite excitement in the air. The crowd seemed also to be quite strong fans of 'Käärijä'. For the whole set they were singing loudly and dancing in the rhythm of the beats.

'Käärijä's music is an interesting combination of jungle and breakbeats which could be compared to the acts like 'Prodigy' or 'Pendulum' while there are also certain pop-rap elements in some of the tracks. On top of this, he has pretty clearly two different flows, one being very tight, almost like a gun, and the other one being a very aggressive scream reminding of some metal bands. Musically all this creates a pretty unique combination, which I have not heard so much in the Finnish music scene. 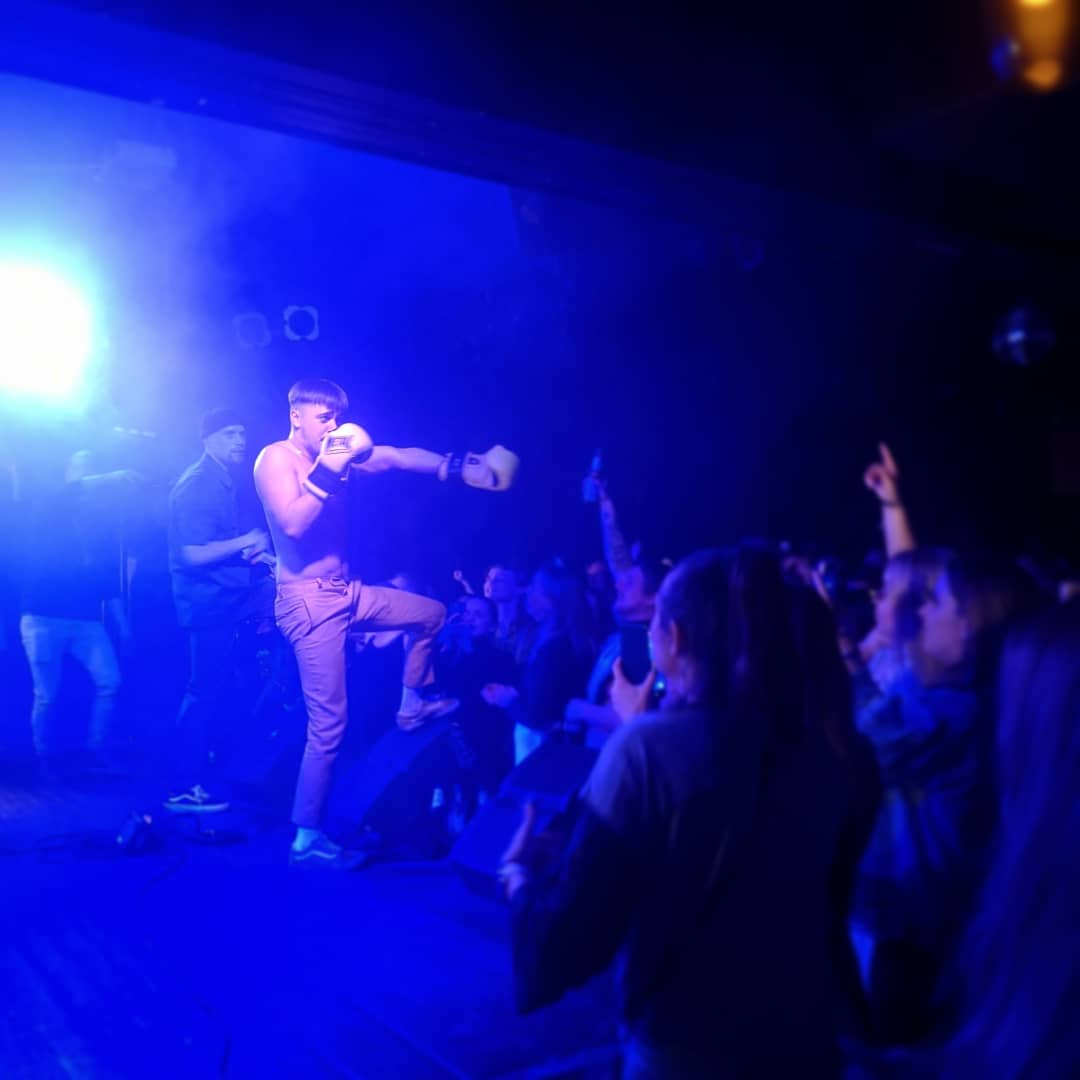 The whole performance was as big part of the show as the music and songs. He acted in a pretty crazy and energetic way on the stage and the speeches in between songs tended to get quite long, almost like a stand-up show. Now we come to the part which I did not enjoy so much. The jokes he made were kind of cheap and he really seemed like an amateur stand-up comedian who have just started with pretty basic roasts, which does not end up so fun. At least where I was standing it did not seem that the crowd were enjoying this part of the show, especially when most of the jokes were just dissing his crew, the crowd, calling everyone wankers and losers. He clearly made all this as jokes, but still it kind of sucked all the great energy, which he just build with his intensive tracks, out from the room. I think he should just concentrate on the music, tell a couple of good jokes and leave the long stand-up sessions, because musically everything was working so well. Or try to have another carrier in the comedy clubs. 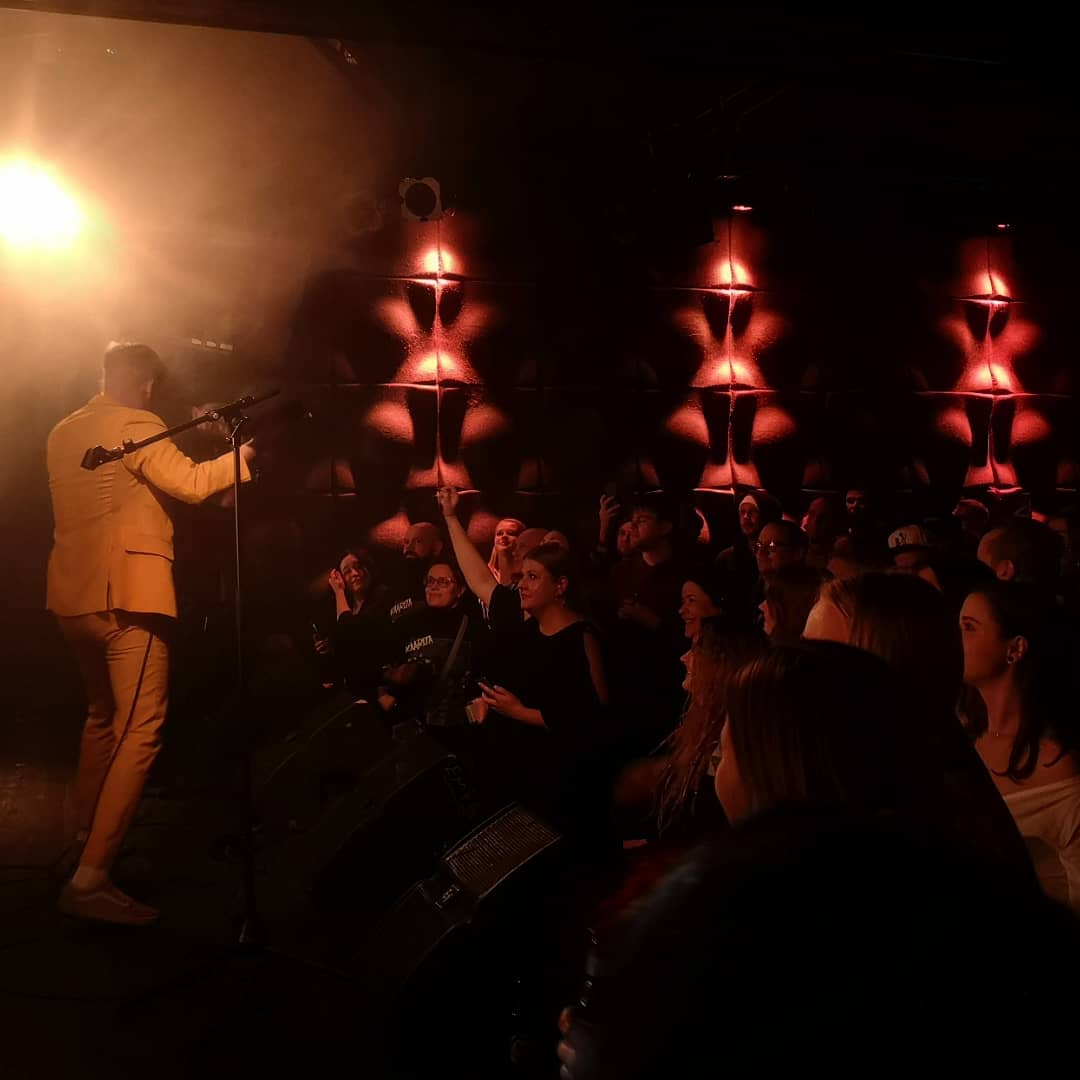 Otherwise, the show was pretty great. Personally, I was not the biggest fan of some of the lighter pop-rap songs like 'Mic Mac' and 'Urheilujätkä'. But as a performance, there was nothing wrong with them and most of the crowd seemed to enjoy also those songs. All the more aggressive tracks made the crowd crazy. 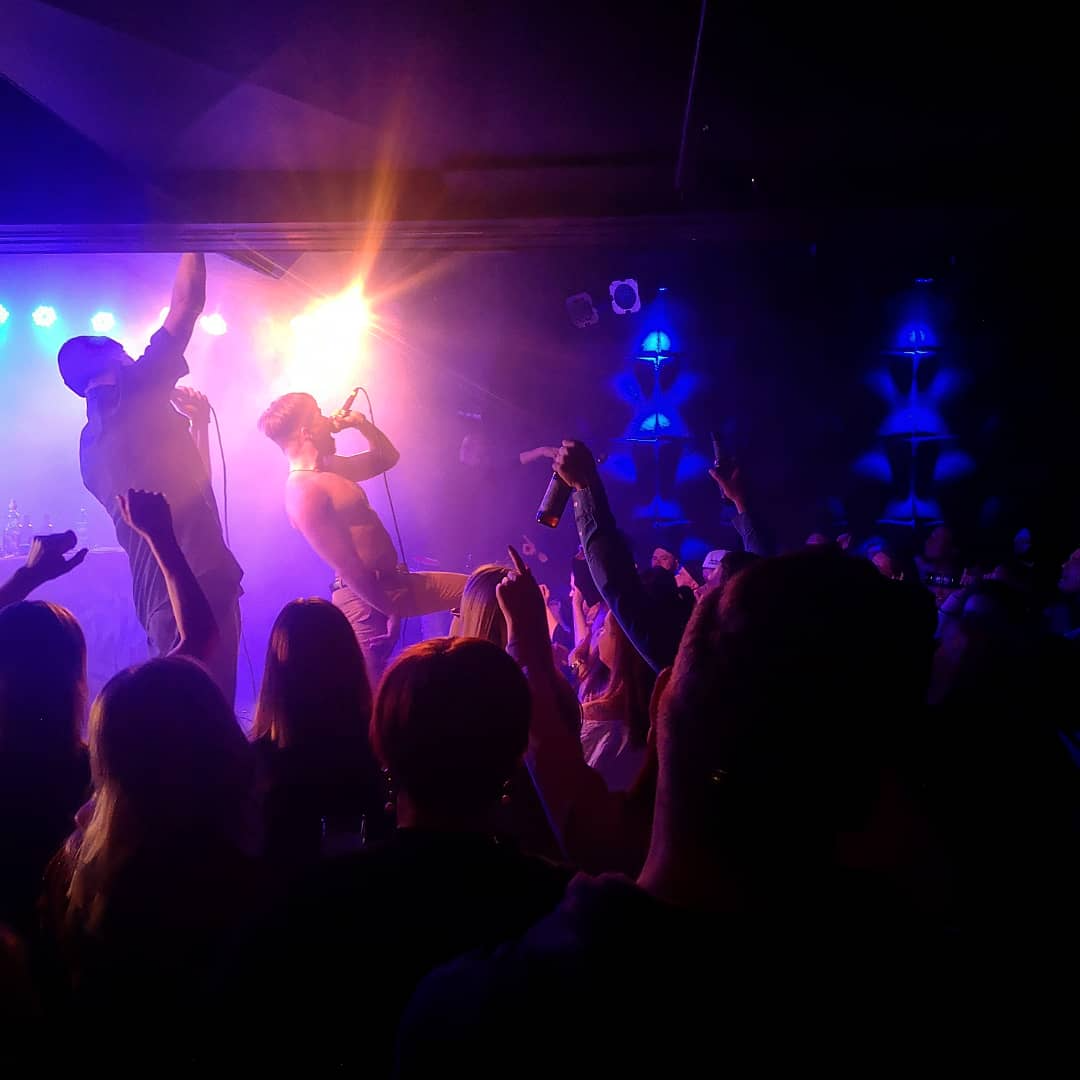 All in all, this evening seemed to be very important for 'Käärijä'. He seemed like he couldn't believe that this was really happening and at the beginning of the set he had to really feel that people are real and that this wouldn't just be a dream. He was thanking people multiple times, jumped to the crowd during the last track and was really sweating and giving all for the crowd.