First of all, what is funny is that I had never heard about Hard Rock House before I went there at the beginning of last December to see 'Mantaray' and 'Ghosts on TV' (read the review from this link). Suddenly I am there again on a Monday evening parking the car in the same spot, this time knowing exactly where to go. I was a bit late from the schedule, but luckily 'Rats Will Feast' was just making the last adjustments before their set. I was pretty surprised how many people had shown up since it was Monday. Good for the bands! I also had forgotten how many black pieces of clothing there are on hardcore/metal shows. Basically, there was me and one other audience member wearing other than black clothing. 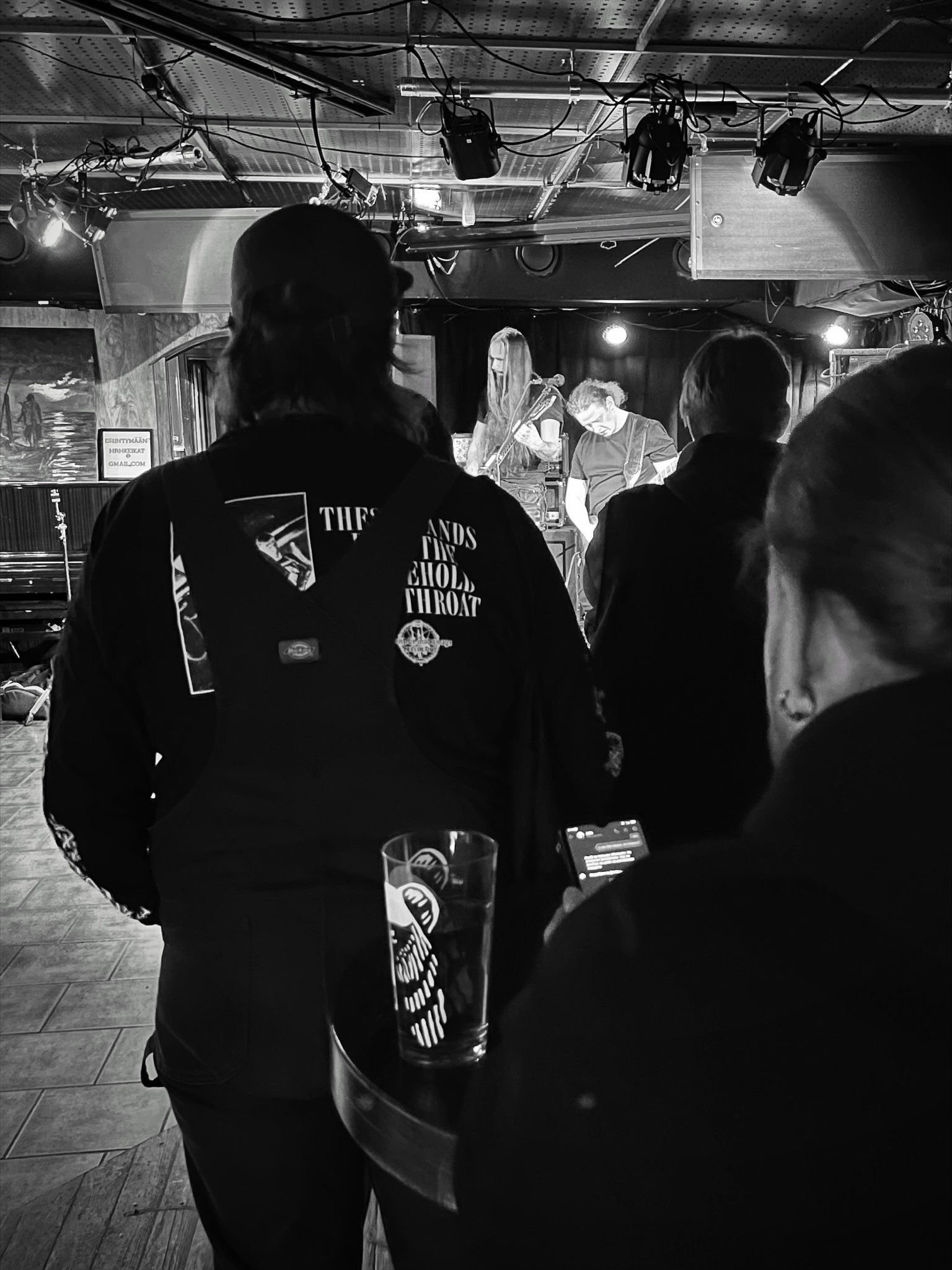 Soon 'Rats Will Feast' from Jyväskylä, Central Finland, started their show. Already from the beginning, the band sounded great with all the special guitar effects and aggressive noise. The guys seemed a bit nervous at the beginning but after a couple of tracks, they relaxed a bit. Band's sound is pretty varied and diverse which is one of the strengths of the band which also nicely makes them stand out from the Finnish hardcore scene. At times the main vocalist/guitarist 'Ruben Mustonen' and the bassist/backing vocalist 'Konsta Kaskismaa' stepped down from the low stage to the crowd moshing and going crazy.

One of the nice things about their set-up is also that all four of the band members sing, unfortunately at times it was a bit hard to hear 'Konsta's and the guitarist 'Joona Kyrö's vocals. Another thing which could have been better was the lighting which was just pretty plain and very bright. This kind of music can have much more power when the lighting is also thought out well. But maybe this was not in the band's hands. But even with the bright lightning, I could have listened to their set much longer. 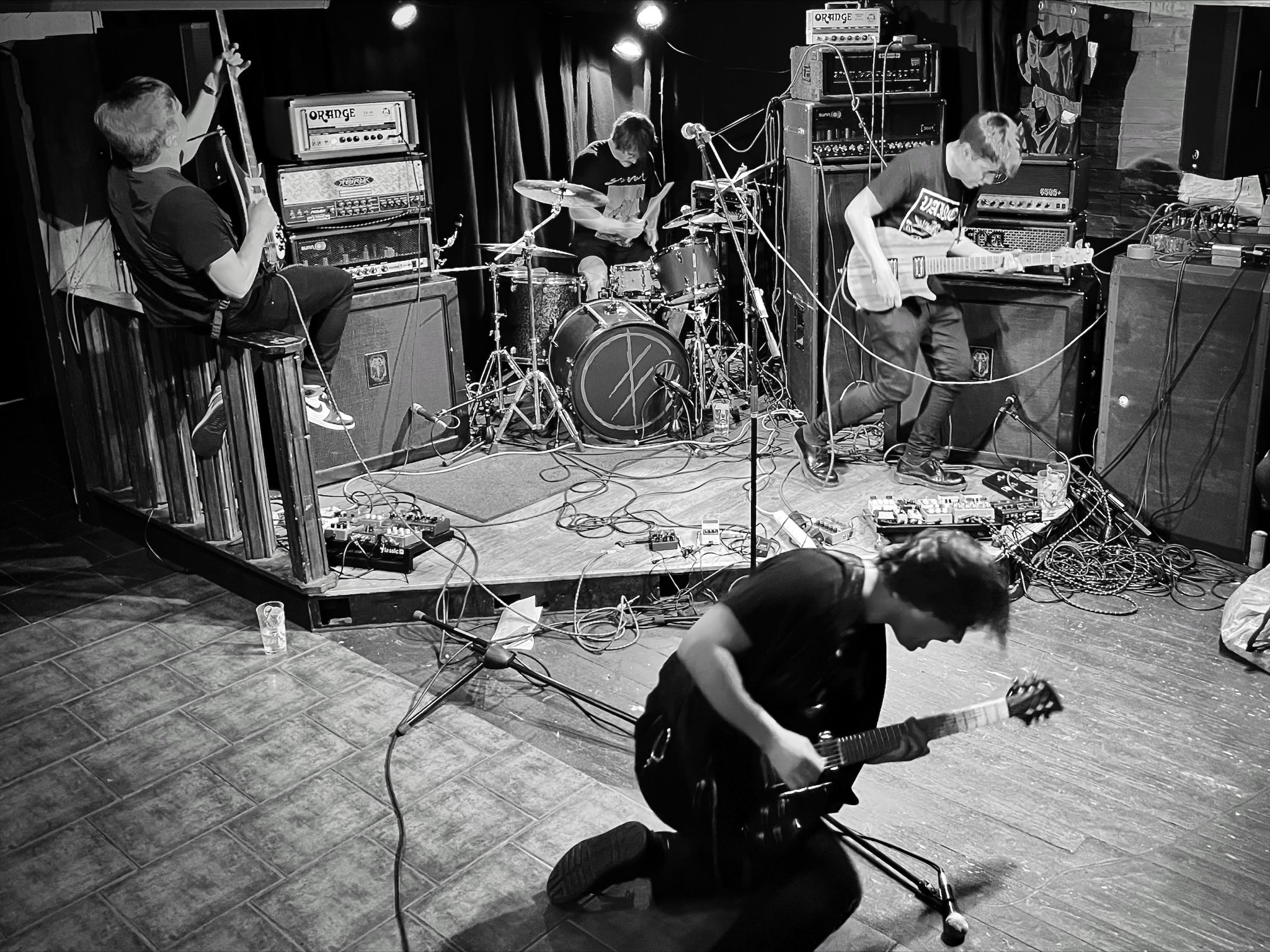 Soon after a short break the Ukrainian/Swedish doom band 'Suffer Yourself' started their set. The tempo was changed from fast and winding guitar riffs to very slow doom metal. I am not familiar with them previously so this was literally the first time hearing their music. From the beginning already I thought that if 'Rats Will Feast' could have used a bit darker lighting, 'Suffer Yourself' would have definitely used much less lighting with their slow and heady funeral doom. This brought memories from a summer metal festival 'Tuska' in Helsinki where 'My Dying Bride' was playing in full sunlight on a big stage.

To be honest, for me, it is hard to review doom metal since I am not a big consumer. At times the band sounded maybe a bit off-tune but at times at the heaviest parts, I really liked how they sounded. The band also made the whole crowd go totally silent with a short speech about the situation in Ukraine, letting the crowd know that they are collecting money to support the Ukrainian troops to defend their country. 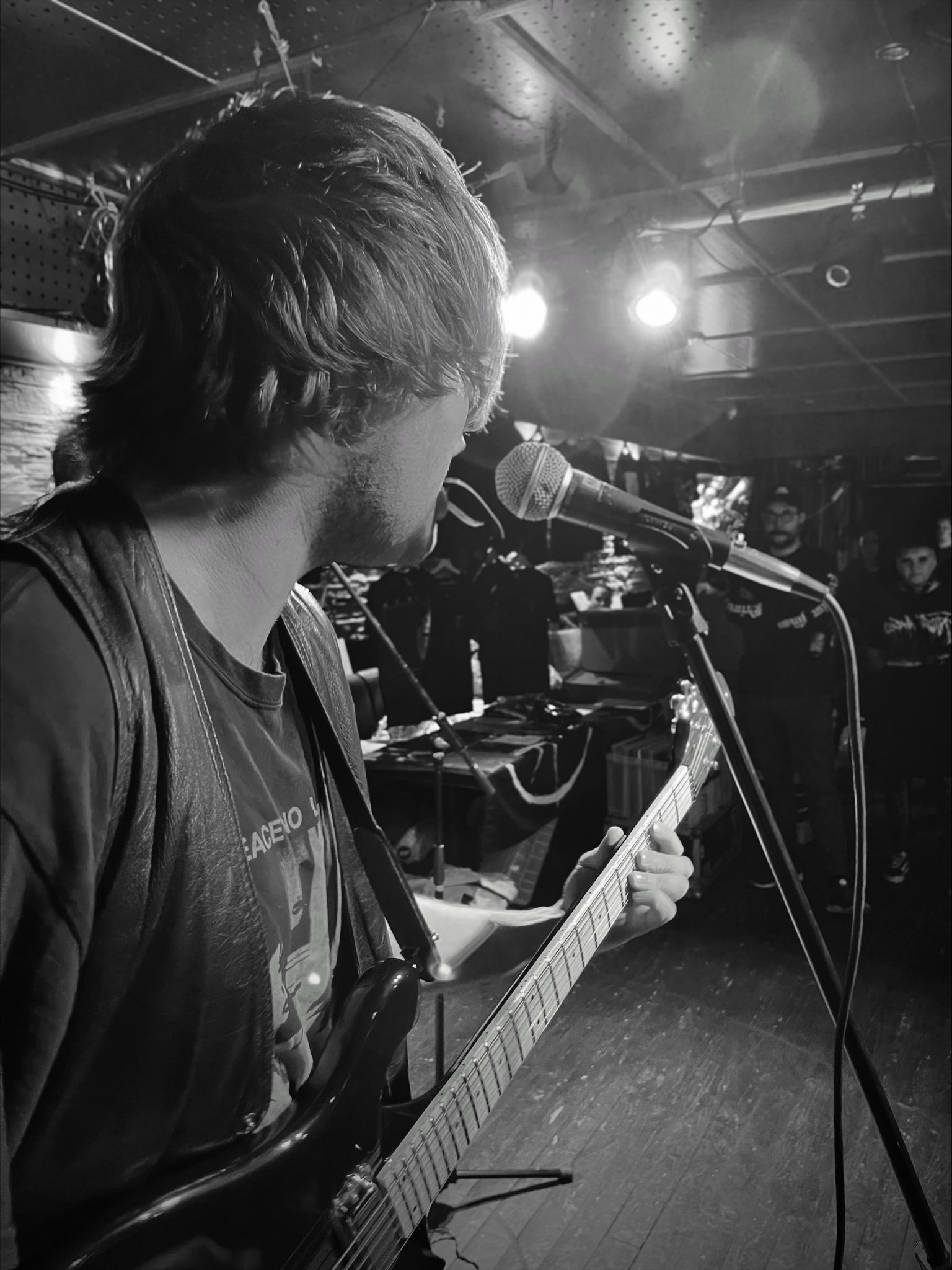 The last act of the evening was 'Hexis', a Danish hardcore band that blends black metal, grindcore and chaotic hardcore together. The band made a quick soundcheck with their huge Sunn amps and massive speakers. The band was ready and before starting the set, the main vocalist asked people to come closer to the stage and the technician to dim the lights. Luckily it was possible since it made the atmosphere much tenser with their own strobe lights. The band has played over 800 shows since 2010 and you can really see that from their performance. 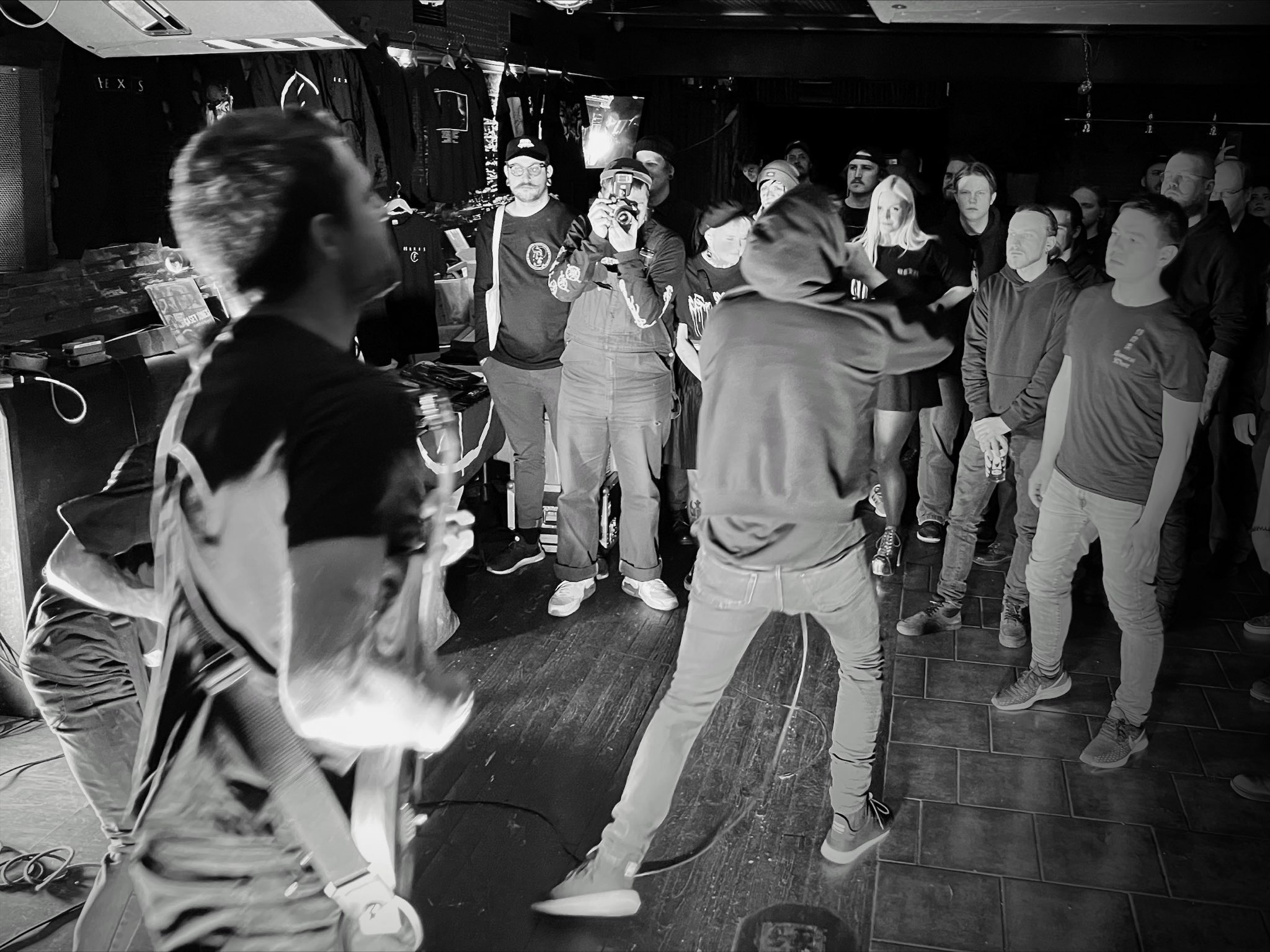 The whole set was really thought out being heavy but having a few ambient moments here and there. The sound was massive even though it was a small venue and just drums, one guitar, one bass and vocals. Even though the set had some ambient moments once in a while and even though the sound was super bad-ass in the end the set started to feel a bit repetitive. But this can be just because I have not been listening to the band previously so much. Anyhow I still enjoyed the set and after all, this was the first hardcore show after a looooong time! I really like also the humble impression the guys gave after the show. The vocalist ended the set in a way that he went straight after the last notes to the merch table and sat there chatting with the crowd members.