Arriving at a bigger arena, seeing people lining outside, shivering in a cold-weather ready for a quick body check and showing your concert ticket. This is something many have waited for a long time! 'The War On Drugs' playing in Helsinki indoor ice rink was a historical moment. It was the first bigger arena show in Finland after the covid pandemic.

The venue was sold out on the last day packed full mainly adults closing their mid-age. People were checking the merch table (where the prices were definitely for working adults rather than high school teenagers), drinking beer in a good manner. Most of the people were already packed closer to the stage. Even though the evening was sold-out, it did not feel too packed. 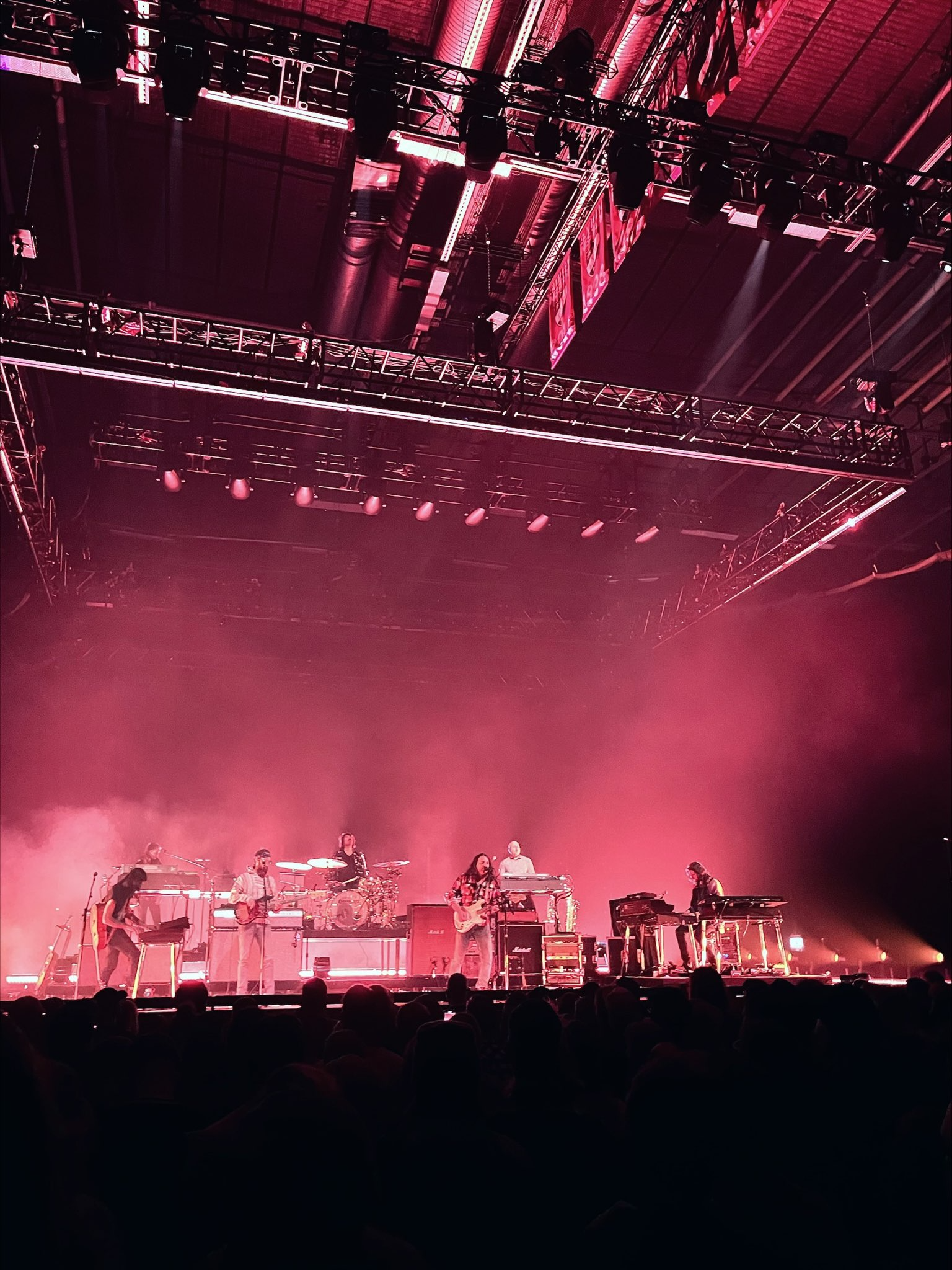 The band was precise and walked to the stage exactly like it was said in the programme. The lights were dim and the band with the lead of 'Adam Granduciel' started playing 'Old Skin' from their latest album 'I Don't Live Here Anymore'. People seemed mesmerised straight away. The seven-piece band with endless stacks of keyboards sounded perfect. The moment when the beat hit felt like it made people smile. Everything felt perfect, almost too perfect and safe. 'Old Skin' was followed by a hit 'Pain' which still felt a bit too safe, even the solo was like 'Granduciel' was holding it back a bit. But this was understandable since it was the first show of the tour. Even though everything felt and seemed very safe the sound was amazing with a big arena sound full of bass but still being very clear. It was the third track and especially the solo moment where it felt that the band finally relaxed and the sweat started to form. Somewhere in the beginning 'Granduciel' was enjoying being at a hockey rink, telling stories about how many members of the band have been playing ice hockey and how he changed the hockey stick to guitar after being tackled down for the first time on the ice. 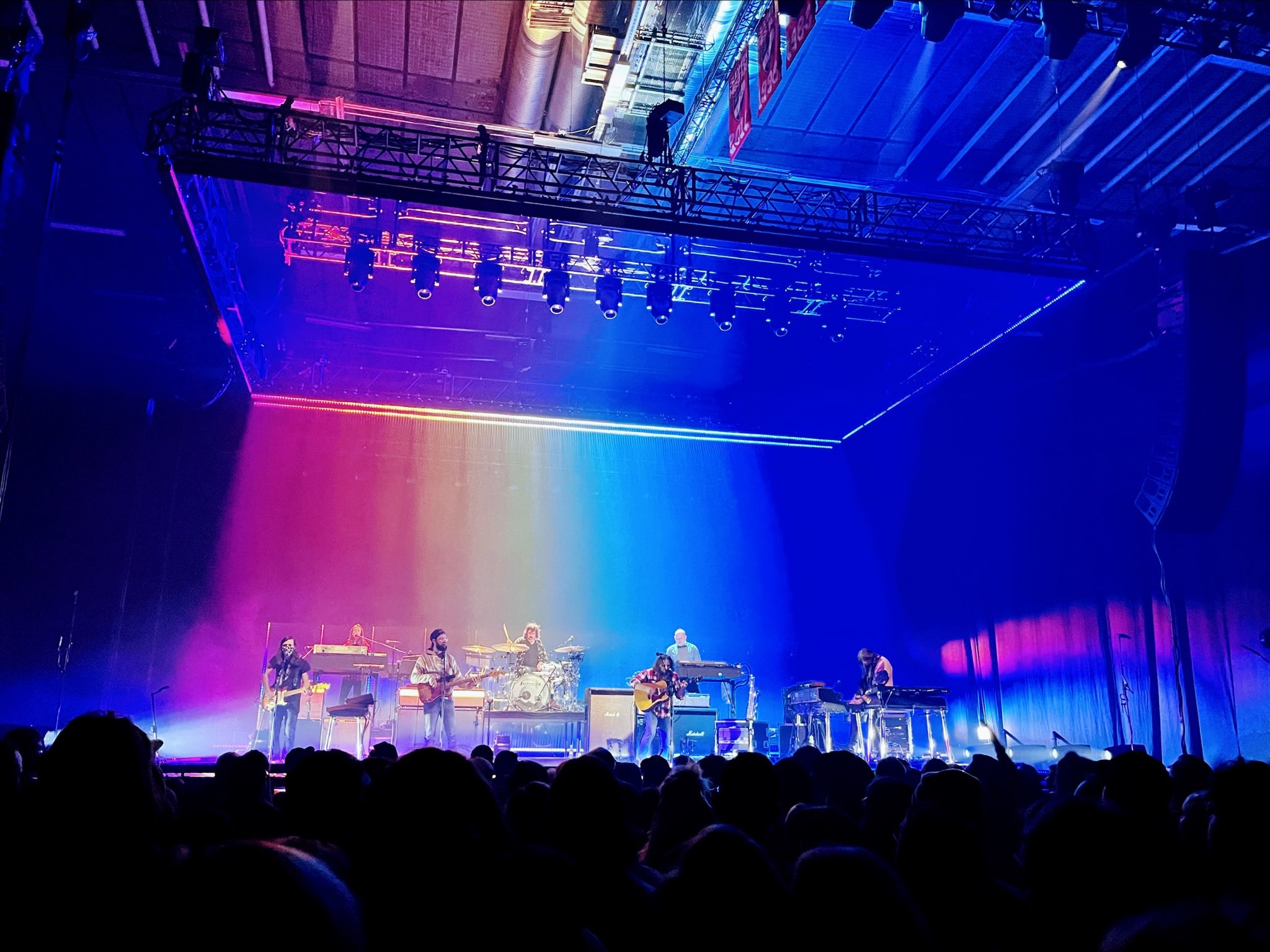 The new tracks have a much more '80s vibe which has been slightly a turn off for me on the record but I have to admit that they sounded pretty great on a big stage. The drummer 'Charlie Hall' suited well with the '80s vibe. He was playing the simple beats like a machine, building a solid base for the rest of the band. The big dark moustache and fluttering shirt were like a cherry on top of the cake.

After the short '80s session, it was time to go back to the previous albums and drop down the pace a bit with 'Strangest Thing'. I am a huge fan of the faster songs of the band but for some reason 'Strangest Thing' was one of the prime moments of the show. Everything was calm, people looked happy and beautiful while the band kept sounding just amazing. Just when people were somewhere else it was time to blow up the atmosphere with 'Red Eye'. It made people go wild, well, as wild as 35+ aged people can go, jumping a bit, taking few side steps and raising their hands in the air. But it was still definitely one of the highlights of the show.

After getting people energized it was time to slow it don't with the first single of the new album 'Living Proof' which I would rate a bit boring track on the album and it sounded pretty much the same live. After this was the only moment when there was something small going on with the tech, but soon it was fixed and the band nicely put some ambient noise on the background until they started playing again. The next four tracks included tracks from the new album except for 'Come To The City' which was probably a nice treat for the oldest fans. The ongoing beat on the track was pretty hypnotizing. 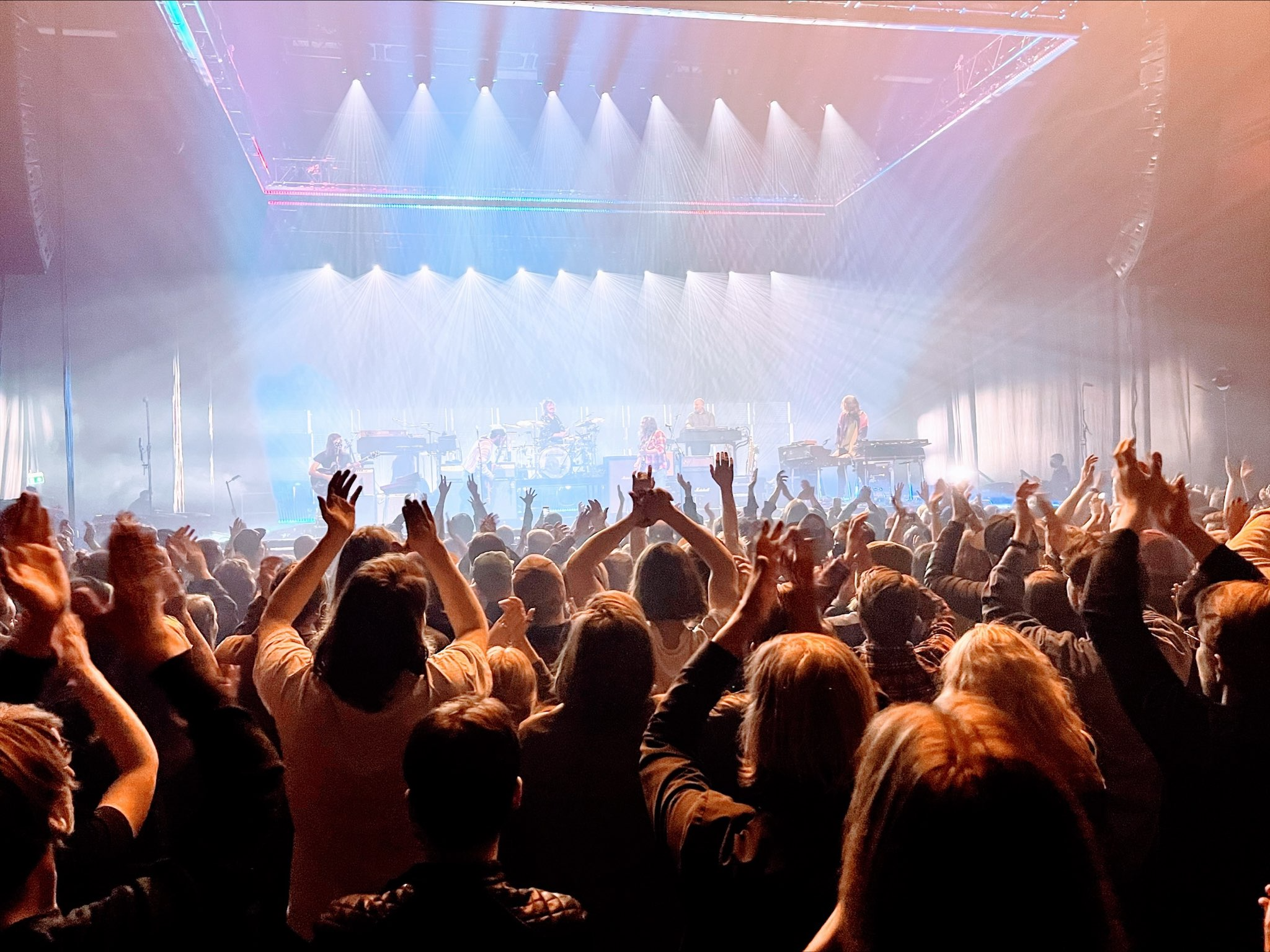 The last two tracks before the encore were also one of the best moments of the show with the slightly chaotic finish of 'Under The Pressure' and the never-ending sax solo of 'Eyes To The Wind'. The pause before was not trying to hide that the band would come back to the stage. It was more of a set-up session for the tech guys. It was nice to still have two songs but the best part of the encore was the story told by 'Granduciel' about how he fell on his face (which was full of glitter and gold paint) and broke his guitar on stage on the national German television after waiting all day to get to play in front of tens of thousands of people.