HOLY SH*T! I never thoughτ any streaming gig could be this mind blowing raising similar feelings just like a normal show would. The only downside was the length of the show, which was 50 minutes. I could have gone much longer. But better this way. Keep reading for some details about 'ULTRAPOP - Live at the Masonic'.

'The Armed' released 'ULTRAPOP' earlier this year being one of the best albums of 2021. A couple of days ago they released a premiere for their digital screening. The show is available until October 26th four times a day. 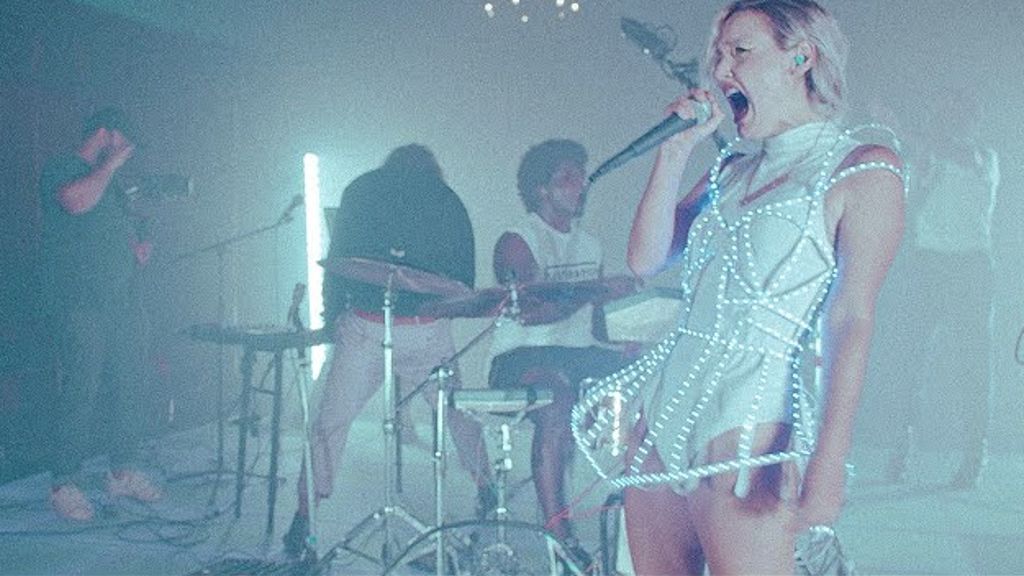 I have never before paid for any streaming music gig or anything similar. I had my doubts. I still tried to make the experience as good as possible. I carried a big screen to a completely dark room, plugged my good quality headphones in and made sure to avoid any distractions. I even planned to grab couple of cold beers as in a normal show but realized this too late, so I had to go with cheap apple juice instead.

SPOILER ALERT Don't read if you plan to watch it and want to keep things interesting.

The digital screening started with a reminder to unmute the player. I did so, but for a few minutes, I did not hear anything. There was just a scene where the camera was focusing on broken equipment and small details. I was sweating as I did not know if it was a technical problem and if I would miss something. I needed to try some random podcast to check the sounds (even though I did it before the screening started). Everything was working and I relaxed a bit. Strangely I had the same kind of anticipation as in a real show with an intro track playing waiting to hear the first track. 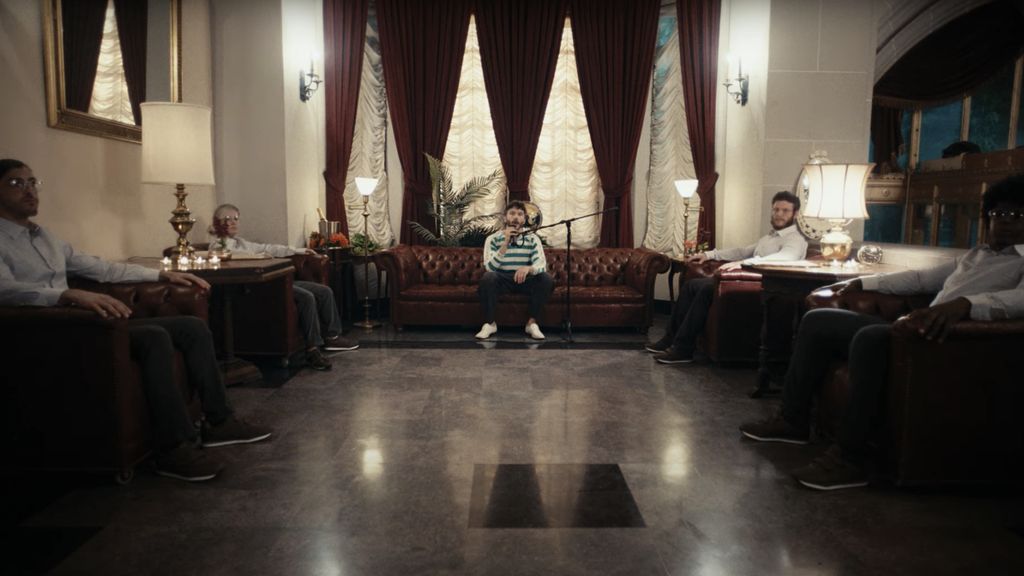 Soon the actual show started. At first, it felt like watching a horror movie where nothing happens. You are just waiting and watching and waiting some more. I found some resemblance to 'The Shining' with the fancy lobbies and big empty rooms. As the title song for 'Ultrapop' started playing everything found its place and sounded just awesome. 'The Armed' has always been a very mysterious band and the show was not an exception to that. The Internet has multiple interesting theories and interviews of the band and I really recommend going and reading those.

The show was basically divided into four different short sets blended with some artsy clips in between. All sets were played with slightly different line-ups, which has always been one of the secrets of 'The Armed'. Nobody knows who is who and is it somehow of an art project, collaboration between different musicians, or something else. What I still found interesting from the show was how it almost underlined how 'Dan Greene' is giving directions to other members and watching everything from a distance while also participating. 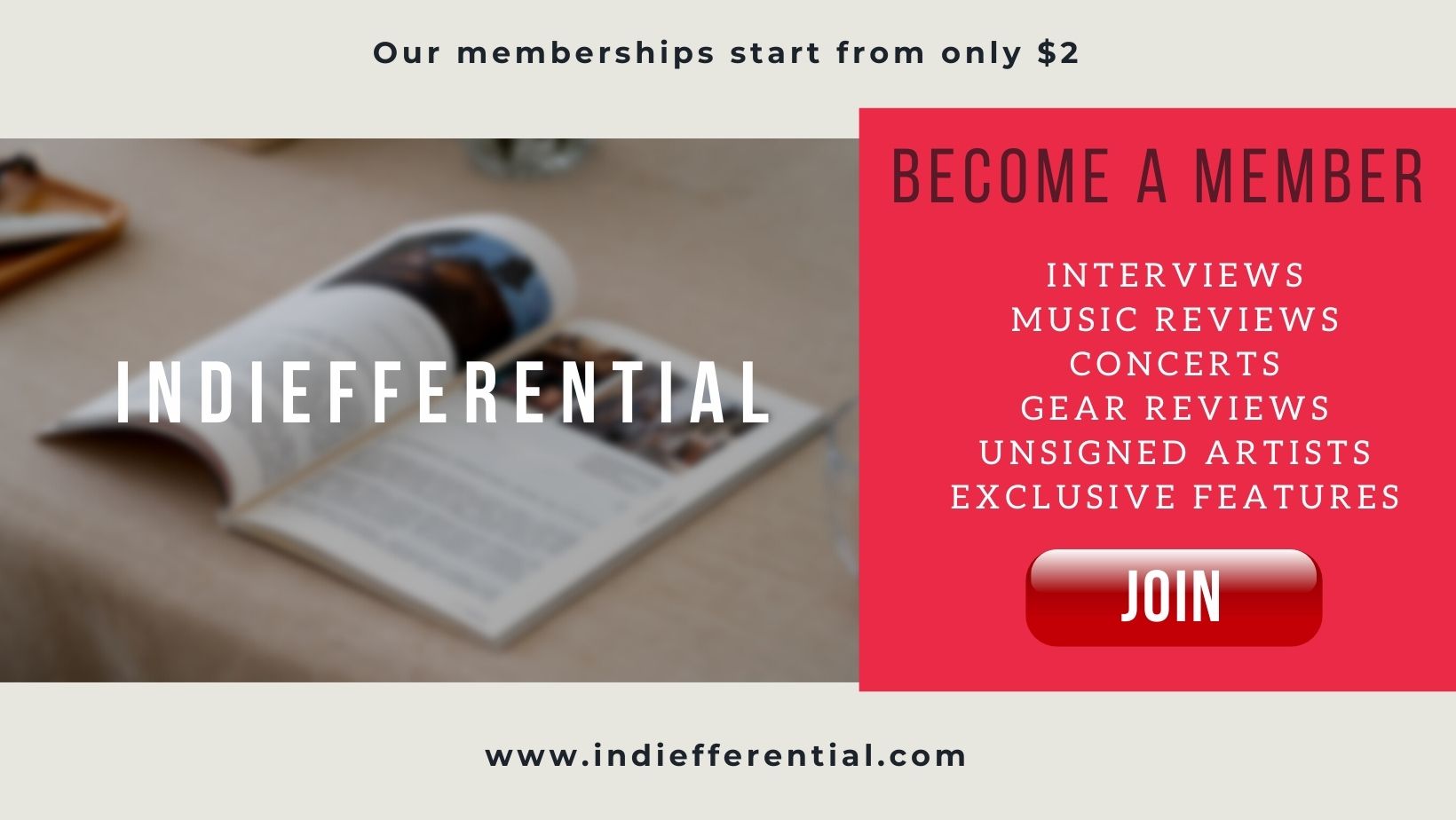 Another interesting part of the show and the band is about masculinity. Same time the line-up is full of sweaty muscular guys without shirts, the band is playing some kind of hardcore music, but it does not feel only very manly. There are many small things different from many other bands being super masculine. Maybe it's the combination of the contrast that the band uses both visually and musically making everything quite artsy. Or something else. This is also one of the mysteries of the band. They know how to create positive mixed feelings for the audience.

What I was also surprised by was how amazing everything actually sounded. The tracks sounded at times much bigger and there were also small details with different arrangements compared to the album version. This made the live versions interesting and captured my attention. The closing track 'On Jupiter' was the most different and the version for this show was really exploding and amazing. I hope that the band would release the live version in some of the streaming services later on. But here comes one challenge for the streaming shows in my opinion. It depends so much on what kind of sound system the individual is choosing how the tracks sound while the audience is all in the same room listening through the same sound system.

Like I wrote earlier, I did not expect much from the show because it was "just" a stream coming through a screen. But I need to admit it was very successful. How do I know that? Well, for the full next day I was listening to music by the band, I was praising and recommending the experience to my friends and hoping to catch them live again. Next time face to face, no streaming, no screens.