Mark leads a team of office workers whose memories have been surgically divided between their work and personal lives. When a mysterious colleague appears outside of work, it begins a journey to discover the truth about their jobs.

Stiller has contributed indelible work as a filmmaker with films like Tropic Thunder, Reality Bites, the Zoolander trilogy, and others. Through the short series Escape at Dannemora, which presented the actual event of a female prison staff helping two convicted murderers escape, he also had an impact on the current television scene in 2018.

As Mark S., a stellar employee at the enigmatic Lumon Industries, Adam Scott is terrific. You would be very mistaken if you assumed Severance was just another pointless ideological assault. That's because Lumon is a corporate cult that makes every effort to abuse and brainwash employees in order to maximize its profits, rather than merely a fictitious equivalent of Amazon or Facebook. 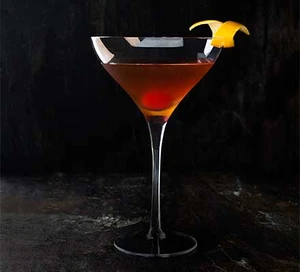 Stir the ingredients with ice in a mixing glass, then strain into a cocktail glass. Garnish and serve.

There was something in the tone of it that reminded me of these office workplace comedies I’d seen over the last 20 years in movies and television that sort of developed as a genre unto themselves. To me, it was almost like he was playing with this familiar tone and comedic cadence in the dialogue of people who joke with each other and banter at the office.And yet there was this other layer to it, which was the question of: who are they, what are they doing, why are they there? And none of them even knew that. So it had this surreal undertone. Right from the beginning, I was just taken by that, because it felt familiar yet different. And I started imagining what that world looked like, and that was really exciting to think about.- Ben Stiller (Producer)

Online conversations about Severance have largely focused on the show's psychology, particularly how separate identities are divided and how important memory is to understanding human nature. Severance is centered on these intellectual threads, while other works have extensively examined similar concepts.

The best part of the series is its own plot and the sturggle of each character to unravel their own mystery while trying to appear normal to everyone else. The revelation of the characters is quite dramatic and we have some plot twists here and there that make it even better. Adam Scott is excellent in this role as he's trying to justify his choice and keep on working.

Britt Lower on the other hand is truly trying to escape..."herself". An amazing story which would have been better if it was a movie, since we would have to discuss what happened with a decent start, middle and end. Now we have to wait for season 2 which could be less exciting or even more interesting. We'll see...