Most of the best albums of 2021 are more than a collection of songs, but rather have built a bigger picture with the whole album. Here are three songs from the best ten albums to describe how the album sounds like. Enjoy!

'ALL FUTURES'
The distorted guitars and vocals blend into incredibly catchy melodies with a badass rock attitude. The song is flowing super smoothly with all the transitions. This is the thing in the whole album. All the dynamics, part and song changes are built so well that the listener never gets bored.

'AN ITERATION'
The track starts with massive chaos which turns quickly into awesome melodies that will stick in the listener's head for an eternity. If the album title would be a genre, this track would be the vanguard. 'AN ITERATION' is also a great example of how well the song order has been chosen on the album.

'BIG SHELL'
'ULTRAPOP' is not only about great melodies but also about massive soundscapes with multiple guitars, vocal tracks and huge drum arrangements. The soundscape of the track tears down the walls of your house but still makes you want some more. The tension of the track is present all the time.

'Narrow Road'
Already from the beginning of the track, it is clear that the album is assembled with different clattering percussions, great electronic soundscape and melancholic atmosphere. The guitar and vocals are introduced after a while adding more elements to the hypnotic vibe.

'Lawmaker'
The track is a prime example of the hypnotic and mystical feeling that 'Spiral' can create. It will suck the listener to another universe having many different details which will reveal their face slowly after each repeat. 'Lawmaker' is also showing not only the more atmospheric side of the album but that it can even make you dance.

'Spiral'
Huge track, one of the best tracks of the year. This is exactly how deep and various feelings the album can create on the listener. Same time you can be sad, feel pleasure and miss something that you don't know anything about. Again so many details on a rather simple but moving track.

'Dark Distance'
What a perfect way to start the album. Four previous albums all have pretty much perfect tracks to kick the door open. The track is pretty simple compared to many other tracks but still has so much energy and anger in it. Straight from the beginning 'Keith Buckley' proves again to be one of the best vocalists in the metal scene being even more varied on 'Radical' than ever before.

'Post-Boredom'
This is something that we haven't heard before from 'ETID' previously. The track is pretty soft, melodic, and easy to understand, but still, it flows nicely. It contains new ways for 'Keith' to use his voice. While 'Radical' contains some of the heaviest stuff from the band, 'Post-Boredom' is some of the softest and most melodic tracks from their discography.

'Distress Rehearsal'
Probably one of the bands fastest and heaviest tracks of all time. Even though it is heavy and fast it does not lack the groove or dynamics which the band is famous for. The unpredictableness of the track is also a great example how the whole album sounds like.

'prison'
The intensity of the track is just something out of this world. The close to ten-minute track feels heavy, not actually being heavy, making you exhausted and even claustrophobic. The language of the track describes the album in a great way. Sometimes you feel like you understand something but soon the comfort is torn down and you feel uncertain of yourself, still enjoying the feeling in a paradoxical way.

'hajar'
An eleven-minute track is universally considered a long track. This describes also the whole album which has almost two hours of music. The track grows steadily from a slow start to a faster pace hypnotizing the listener and taking him to a cold and cruel world without any hope.

'cri'
While most of 'IRA' is rather distressing, it also contains beautiful and hopeful moments like 'cri'. The whole soundscape is like watching a movie without any picture. In a blink of an eye, it takes the listener to another world after 'hajar'. This is what the whole album does all the time during the two hours. It will move the listener from one place to another making the listener feel concrete changes in the body and see pictures that they don't actually see. Magical.

'Desert Storm'
The opening track introduces to you something that you have probably never experienced before. An interesting blend of Tuareg music with desert power and electronic and minimalistic, yet detailed production.

'Curfew'
'Khalab' is looping different parts of 'Khalab's field recordings from the M'berra Refugee Camp in southeast Mauritania. Even though I am not an expert on Tuareg music, the album really feels like respecting the original music but bringing new layers to it. The beat is such hypnotic and repetitive that it will fly the listener to the middle of the desert.

'Reste À L'Ombre'
Two worlds collide and make everyone dance. Listening to the track makes you dream about beautiful things while wanting to make a change for a better world. It makes you feel the warmth of a fireplace while feeling the desert breeze. The track is a brilliant example of combining different genres and coming up with something interesting and unique.

'Fly As Me'
The groove is present! No one can protest on that. 'Anderson. Paak' proves to still have incredible flow and voice playing with fast and slow paces. It's not only 'Paak' who has a great flow but the whole track just flows so well with brilliant organic vintage soundscape having no weak points.

'After Last Night'
The track shows the softer but still funny side of 'Silk Sonic'. The whole arrangement with 'Thundercat' and 'Bootsy Collins' is just so silky, smooth and soft that the listener will probably just become melted cheese. But that's something everybody loves, right?

'Skate'
'Bruno Mars' and 'Anderson. Paak' has really found their dynamics just so well, and everybody seems to love it. 'Skate' has great string arrangements with great beats and basslines just as all the other tracks. If you don't find a smile on your face during this track, I will be praying for you.

'Point sensible' featuring Lala &ce
Short but powerful, so is this track but also the whole album. It is amazing how much emotion there can be in 2,5 minutes track. The track is groovy, yet melancholic and it makes you to dance and cry at the same time. Somehow it also can mix two different worlds, modern and old.

'2080'
This is clearly taking the listener somewhere in Southern Europe to enjoy the old-times and at times giving nice unpredictable surprises. The whole mood of the song is peaceful and longing. There are so many nice details popping here and there that the listener will want to make this track never-ending.

'Vis la'
The beat is great and 'Vis la' is a great track of the album with slightly faster and danceable touch. Everything is in a right place, there's nothing too much and it's lacking nothing. Just like the whole album.

'Come In Closer'
The whole soundscape is just so pleasing and warm that you want to spend the whole day listening to the album. Somehow everything feels very safe and hopeful while listening to this track. 'Come In Closer' introduces also slightly less minimalistic 'Rhye' that we are used to, still not losing the delicate, but adding a bit more groove to his music.

'Black Rain'
This track is a perfect example of how well 'Rhye' can balance between melancholic vibes but still make it danceable with an incredible groove. 'Black Rain' is changing atmosphere without any challenges between chorus parts and verse parts and this is exactly what the whole album is doing all the time.

'Sweetest Revenge'
Even though the next song in the album is called 'My Heart Bleeds' it is during this track when it happens. 'Rhye' is master in creating very touching arrangements which paradoxically still makes you feel the beat that invites you to dance.

'Imagineering'
The actual opening track introduces pretty much the whole vibe of the album to the listener. It is laid-back, spiced up with great loops, beats, string arrangements and nostalgic feelings from '90s and early '00s. The chilled downtempo/dub vibe is pretty slow but still represents the dancefloor.

'3D Warrior'
Featuring Shabaka Hutchings, Haile Supreme and Wolfgang Haffner
Close to a 7-minutes track is the longest of the album but still keeps the listener interested all the way from the beginning to the end. The track is hypnotizing the listener with brilliant vocals and the ongoing saxophone solo. The track is also a prime model of the album having many featuring artists who definitely have their place in this track and in the whole album.

'Wikid Satellites' featuring Greentea Peng
The flow of the track is simple but still something out of this world. 'Greentea Peng' suits perfectly as one of the featuring artists with distinctive voice and style. The lazy feeling is present, making the listener want to relax and enjoy life but at the same time learn more to make a change.

'My Limb'
What a track! It's emotive, touching and powerful. The way how 'Williams' is playing with different rhythms is great while the whole track is flowing just so nicely. Her voice is definitely something that is a big part of the track and the whole album. Even though this is pretty easy to approach it still has certain experimental touch in it.

'Trigger'
The whole album is not just melancholic and sad but having also some light at the end of the tunnel. The vocal track is beautiful and clear with minimalistic but interesting arrangements. The parts where 'Williams' goes to high notes are something that gives chills.

'KYRH'
Another simple masterpiece giving chills and making the listener weep while still feeling something beautiful and meaningful. Again it is impossible to praise 'William's voice and vocal arrangements that are simple but lacking nothing. 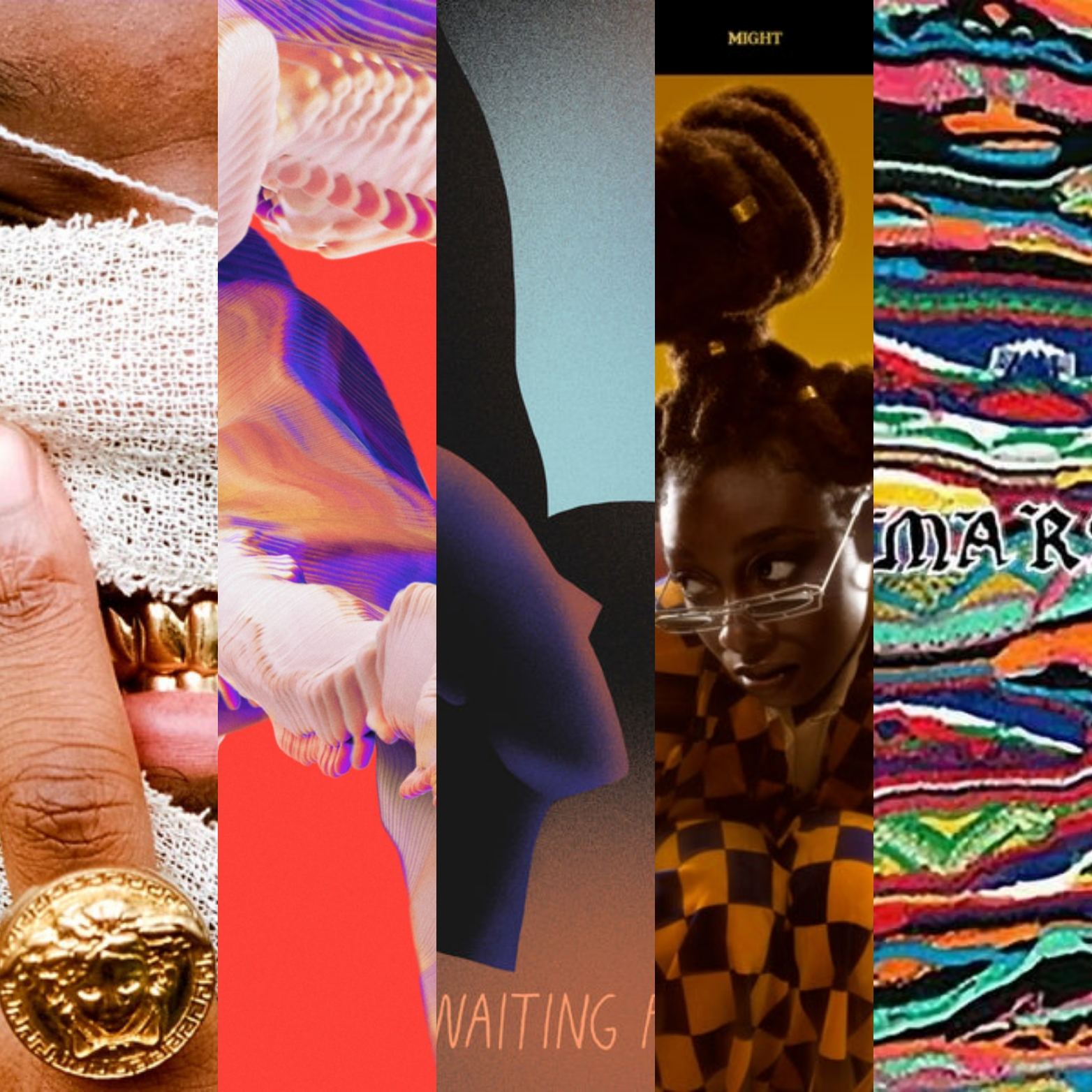 Little Simz - Sometimes I Might Be Introvert // hip hop 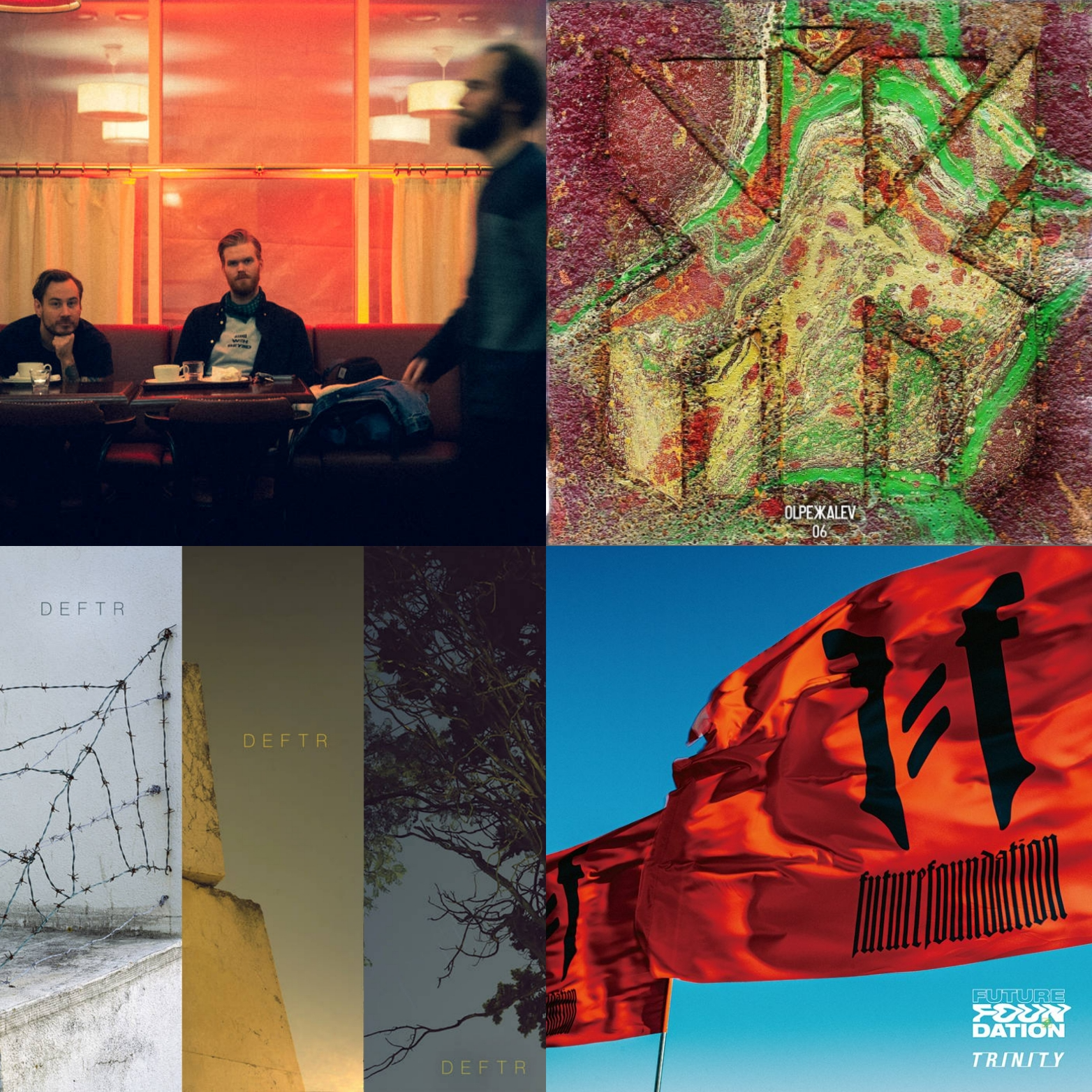