Grabbed my phone from my pocket and took a picture of a QR code. Soon I was standing still but moving fast. I was heading to Flow Festival to enjoy the last day of the last bigger summer festivals in Finland and Helsinki, standing on top of an electric scooter for the first time in my life. Arriving in the early afternoon, I felt the sun kissing my skin, or more likely burning my skin. Almost all of the acts I was going to see were first time for me.

‘Gasellit’ was starting their set on the main stage. There was no shadow and the temperature felt like standing under a magnifying glass. ‘Gasellit’ is one of Finland's most popular and radio-friendly hip hop groups. The group consists of four ordinary Finnish guys who could be playing ice hockey if they would not rap. Their sound follows pretty much the latest trends combining pop to hip hop, but they also have some glimpses from the UK sound and old-school rap. Lyrically they are telling stories that are often easy to understand and the listener can find some relations. 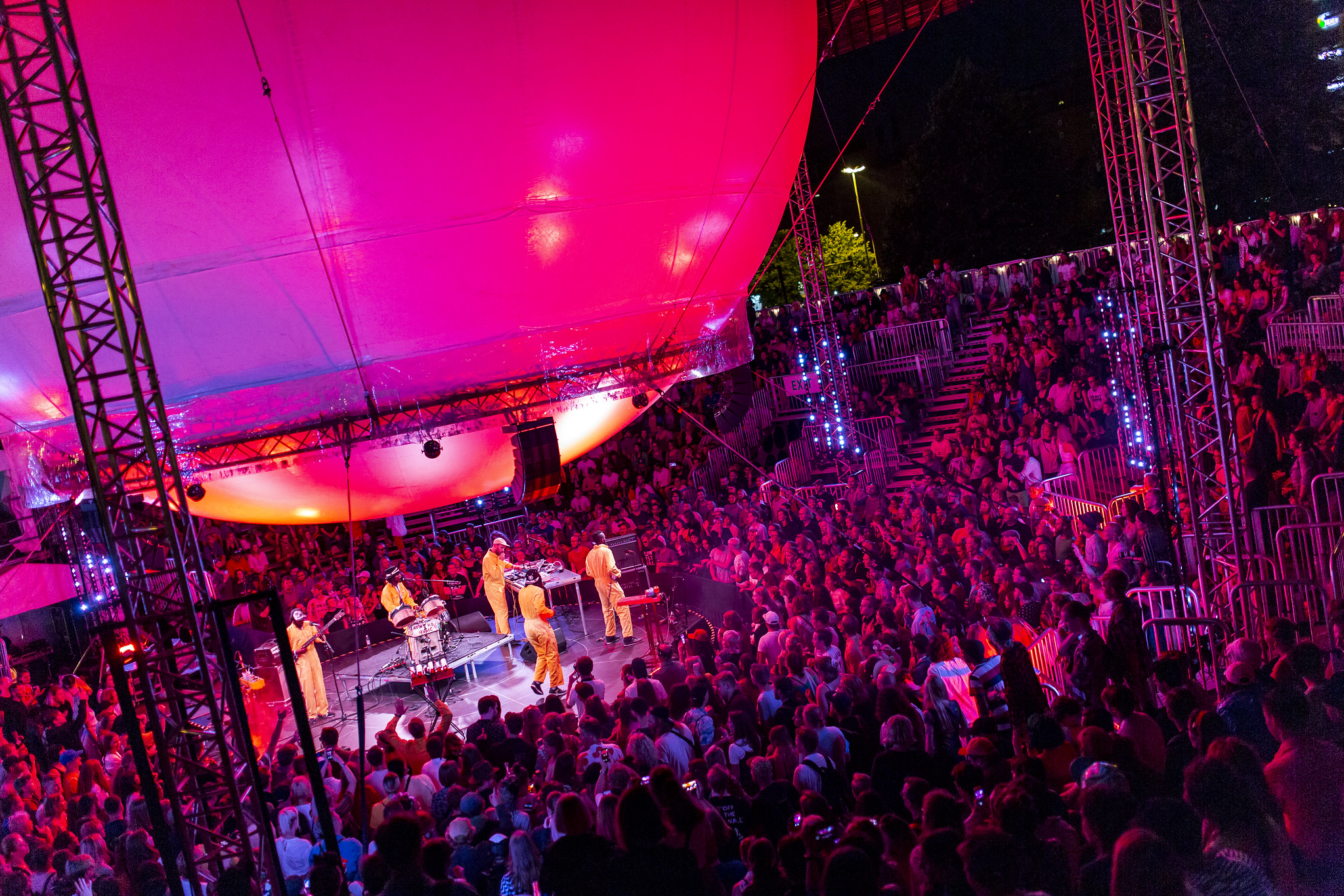 To be honest, I was a bit surprised to see ‘Gasellit’ on the lineup for Flow 2022. But ‘Gasellit’ was not the only surprise for me. The whole lineup of Flow felt a bit safer than previously, and many domestic mainstream artists didn’t fit the Flow concept and brand that the festival has been creating for many years. From some of the speeches the quartet gave, it also sounded like they were surprised (but happy) to play at main stage of the Flow Festival.

Despite the hellish temperature, the guys were really energetic, except for ‘Hätä-Miikka’, who seemed a bit tired. The DJ, ‘MusaJusa’ was running around the stage with a small action camera that sent live video to the huge screen behind the stage. This fun detail made the whole experience more interesting and capturing than watching normal videos that you always see in festivals. The guys could still harness this great idea even more in the future, capturing also more of the crowd and having more funny and creative angles of views. The stage had also a giant reaper holding a parasol, resembling their latest hit, ‘Pakko relaa ennen kun mä delaan’ (I must relax before I die). Otherwise, the stage was simple, giving the quartet much room to move around. All in all, most of the (still smallish) crowd seemed to enjoy the set, which suited the sunny afternoon feeling.

If the sun was burning your skin in the open air, the tents felt like saunas. ‘Donny Benét’ was playing in the Black Tent, with the sides of the tent half open, half closed. Standing close to the stage where the sides of the tent were closed, you literally felt the sweat running down your cheeks, back and legs. Being further from the stage, where it was more chill, it was pretty impossible to hear the music because so many people were talking and chatting. This is always so annoying at music festivals, but people do what they want to do, what can I do about it? Having these personal problems was a shame because ‘Donny Benét’s set sounded nice and fun. The trio consisted of a drummer, saxophonist and ‘Benét’ himself, playing bass guitar and singing. 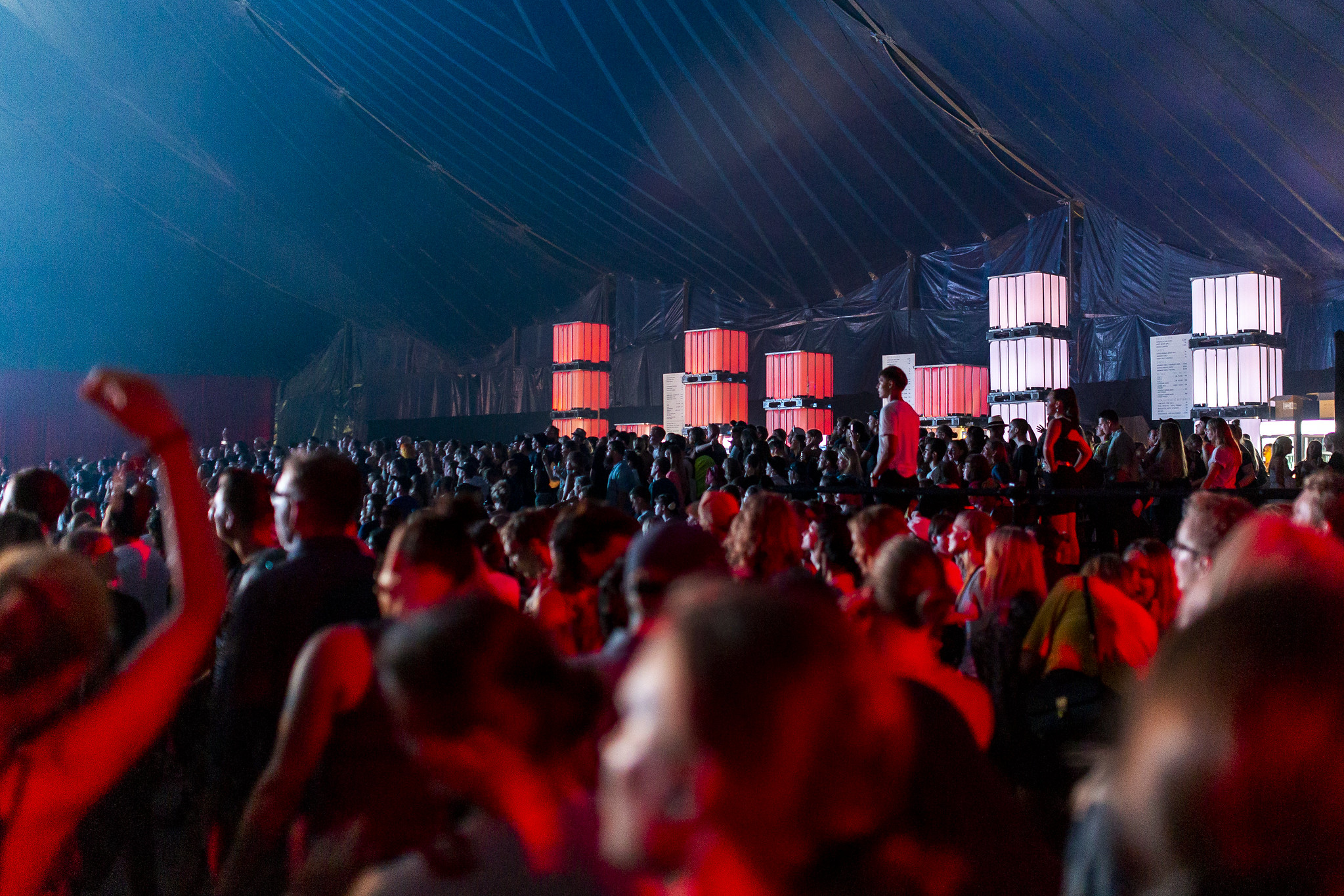 After a while, the Black Tent changed to the bigger Red Arena where the American rapper ‘Goldlink’ was blasting ‘Nirvana’ and punk music played by his DJ. This felt a bit weird; I'm not sure if he does this on every gig, but it felt a bit disconnected for me. After a couple of playback tracks, he also played his own music, which balanced between more aggressive trap music and more danceable hip hop with some RnB vibes. The half-empty tent and the MC, who looked a bit lost on such a big stage, did not convince me to watch the show for a long time.

The next artist on the main stage was another Finnish artist, who is one of the most successful and popular names in Finland, ‘Chisu’. Her electropop has been building a huge fan base for over 20 years. This year she is supposed to have her last shows as a solo artist before her next (yet unknown) plans. She has such a remarkable voice both on records and live. She was another of those artists that I am not sure if they fit into the Flow Festival, but if we forget that, I must admit that the gig was great. Nothing to complain about. Great singing, great playing and again people seemed to enjoy.

First of all, I hate these artist-names with just one alphabet. They are hard to search anywhere on the internet. But if we forget the annoying name, ‘Q’ surprised me in many ways in the sweaty Black Tent. He has millions of repeats on Spotify, but he seemed humble and sweet. His music sounds like he could be the nephew of ‘Michael Jackson’ and ‘Prince’, but he is only 21 years old. On the record, his music sounds from time to time like it could be played just with a DJ, but he had a great band behind him. If you listened to his music, eyes closed, it was hard to think it was only four guys on the stage. The sound was much more complicated and more significant.

‘Q’ could definitely grow much bigger as an artist, with good promotion, a lot of touring and a bit of luck that is always needed in the music business. I would not be surprised if we would see him on the main stages of big festivals after a few years. His music is an exciting combination of soul, psychedelia, funk and RnB. A Finnish artist ‘Isaac Sene’ who also played in Flow Festival on Friday, has surprisingly a lot of resemblance to ‘Q’ all the way from the looks to the music. ‘Isaac’s music is just a hint of more accessible.
One unfortunate thing this year at Flow Festival was the relatively small number of international acts (especially if we forget all the DJs in front and backyards and Other Sound stage). Still, many international acts were playing at the same time. The same thing was with the ‘Q’ who was playing simultaneously with ‘black midi’, so ‘Q’s set continued when I left the Black Tent. 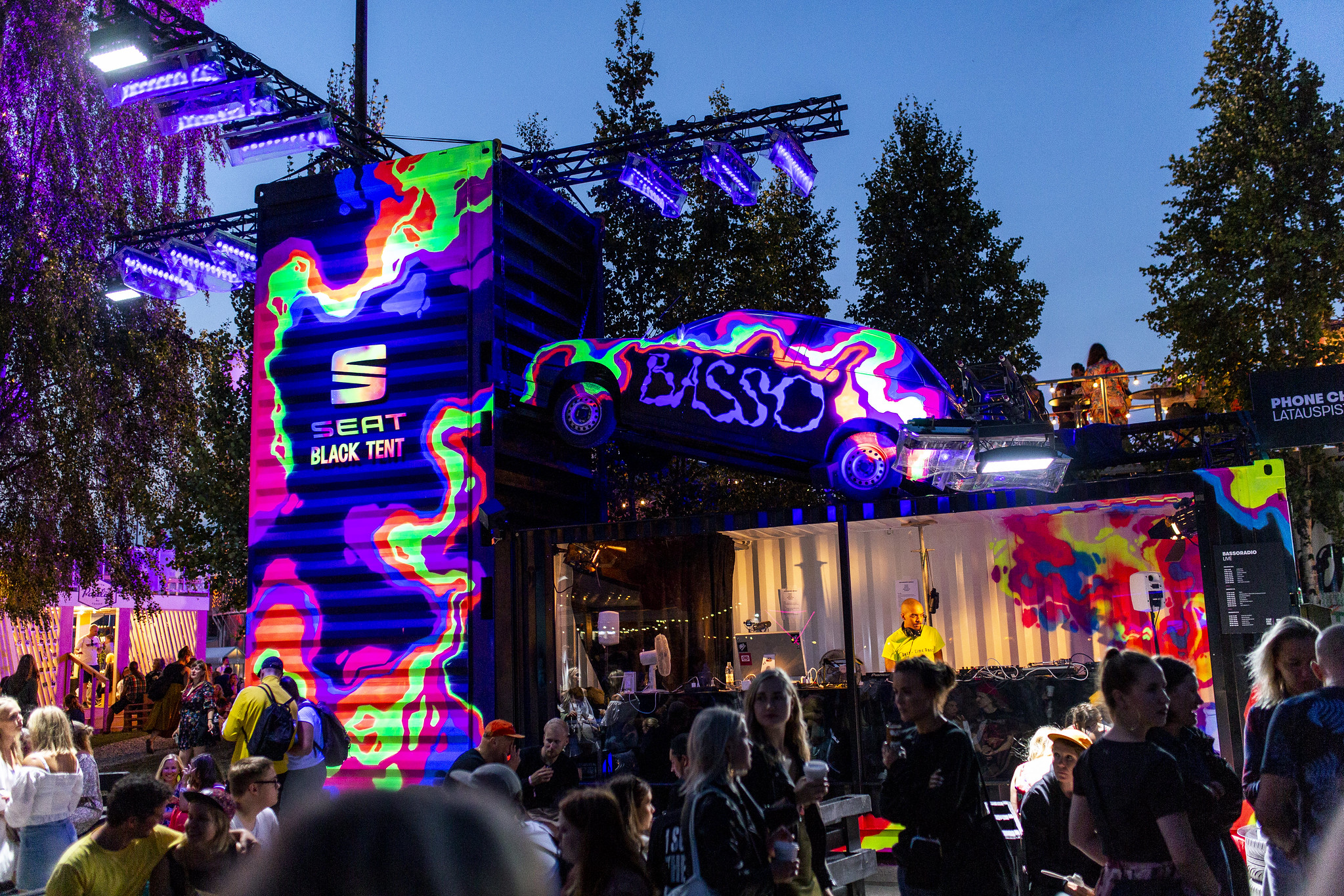 After watching ‘black midi’ for a couple of tracks, I headed towards the main stage where ‘Michael Kiwanuka’ was starting his set soon. The stage looked simple and cool, while still empty. Soon the band members walked to the stage with a round of applause from the crowd. The sun was still up, so it was easy to follow what was happening on the stage. The whole band seemed down to earth and ‘Kiwanuka’ himself performed mostly eyes closed. Later after the gig, I read his interview, where he talked about his anxiousness being an artist. Maybe performing eyes closed was something to do with this. But ‘Kiwanuka’ could really stand proud of his music and band. The one-hour set was just golden, so smooth and same time, in a perfect way, rough. The band sounded so organic; maybe it was because of all the electronic and hip hop music in Flow Festival, but oh boy, this organic music pierced my soul. The organic feeling was not only in the music, but ‘Kiwanuka’ had just a simple sheet in the back of the stage instead of fancy graphics on the screen. His live sound reminded me a bit of ‘Danger Mouse’s productions.

Normally I try to keep up with the setlists with the artists I am familiar with. But this time, I somehow got hypnotized by the artist, and just stood still and enjoyed the music. But I remember that the set consisted nicely of ‘Kiwanuka’s sophomore album ‘Love & Hate’ from 2016 and his newest album ‘KIWANUKA’ from 2019. Looking at the release years, you could think that ‘Kiwanuka’ would not be the most relevant artist, but listening to him, there is a certain timeless feeling that makes his music always relevant. The mixing was perfect, and it was easy to hear all the details. Somehow the whole soundscape of ‘Kiwanuka’s set reminded me of ‘The Last Shadow Puppet’s gig in Flow 2016.
‘Kiwanuka’ singing and playing his guitar in the flannel shirt, was leading the show but same time gave a lot of space for his band. I have always thought that ‘Michael Kiwanuka’ has a great voice, but somehow, live, it sounded even more pleasant.
I left speechless, and so did many other people. ‘Michael Kiwanuka’s melancholic and organic music suited the Finnish people well.

Go and browse all the great moments from Flow Festival 2022


Thank you Flow Festival 2022. See you next time, who knows when?